A Saudi Man in his 20s has been sentenced to death on apostasy charges after he uploaded videos to social media renouncing Islam and the Prophet Muhammad.

Ahmad al-Shamri lost two appeals after his 2014 arrest for blasphemy, according to the Independent.

“I wish there could be live streaming when you cut his head off,” read an Arabic-language celebratory Tweet written by a devout Muslim in reaction to al-Shamri’s sentence.

Saudi law provides for heavy sentencing in blasphemy cases including extended imprisonment, hard labor, and lashings, but a 2014 royal decree equated atheism with terrorism, laying the basis for punishments that include execution.

“Despite the use of capital punishment against those who renounce Islam, or perhaps because of it, Saudi Arabia has sat on the United Nations Human Rights Council since 2015,” Arutz Sheva said in an April 27 report. 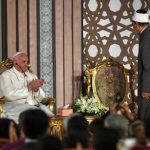 ‘Thou shalt not kill’: Pope Francis urges Islamic leaders to reject violence carried out in the name of religionNews & Reports 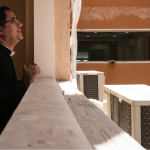