To hear the Coptic Catholic priest tell it, building a church in Cairo requires far more than bricks and mortar. He listed the other requirements: the patience of Job, the wiles of a fox and the quiet determination to pole-vault Egypt’s discriminatory regulations.

“Not easy,” said the priest, Youhanna Saad, with a wry smile as he bounced his 5-year-old daughter on his knee. “The regulations were not fair. It made us cheat.”

For the past decade, his small Coptic Catholic congregation in a gritty north Cairo suburb has been trying to build a new church in the teeth of official resistance — a common tale in Egypt, where the law panders to old prejudices. But Father Saad, a former schoolteacher, is almost there.

The deafening rattle of an electric saw often fills the church, which is hidden down a lane and sandwiched between two apartment buildings. Weekly Masses have already started, using plastic office chairs in place of wooden pews in a still-undecorated hall.

But Father Saad still lacks a vital element — government permission — which leaves his church with the legal status of a religious speakeasy. It is a problem that he says he hopes to resolve with the visit of Pope Francis to Egypt, which started on Friday.

As publicity about the visit started to build two weeks ago, Father Saad took the plunge and made the official application to legalize his new church, hoping to capitalize on the wave of good will toward the pontiff. “It might work,” he mused. “Or it might be another 10 years. You never know.” 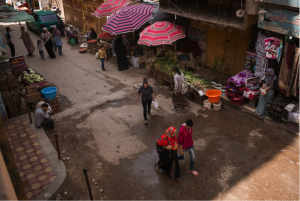 The street outside Father Saad’s church, which is sandwiched between two apartment buildings. Credit David Degner for The New York Times

That small drama points to the bigger issue confronting Francis as he lands in Cairo against a backdrop of swirling anxiety and turmoil.

Christians across the Middle East are under intense pressure. After years of persecution by Islamist militants, half of Iraq’s Christian population has fled, and a lonely beach in Libya was the setting for the 2015 beheading of 21 Egyptian Christians in orange jumpsuits.

Egypt seemed to have escaped the worst of the violence. But in December, the Islamic State declared a campaign of sectarian bloodshed and proceeded to attack the Coptic cathedral in Cairo on a Sunday in Advent and churches in Alexandria and Tanta on Palm Sunday, killing some 75 people in all.

Yet the pope’s visit also highlights the more insidious prejudice still suffered by Egypt’s Christians in their daily lives, even as President Abdel Fattah el-Sisi has vowed to protect them and defend their rights.

Only about 250,000 of Egypt’s estimated nine million Christians are Catholic. Most, like Father Saad, belong to the Coptic Catholic Church, the largest of the six Eastern Rite churches in Egypt. Those churches are loyal to the pope, even though their teachings may diverge from those of Rome on issues that range from the esoteric (whether purgatory exists) to the pragmatic, like the Coptic church’s decision decades ago to allow married men like Father Saad to enter the priesthood.

He took his final vows two years ago. His elder daughters approve. “We could see that it was his dream to become a priest,” said Dina, 18. “I think he’s a great priest.” 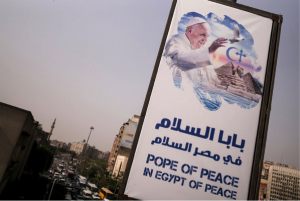 An advertisement for the pope’s visit. His trip highlights the prejudice, both overt and insidious, suffered by Egypt’s Christians in their daily lives. Credit David Degner for The New York Times

Their father’s battle to build a new house of worship highlights the enduring discrimination against Christians codified in Egyptian law.

All churches must be licensed, but in practice permission is subject to strict regulations and, as often as not, the whims and prejudices of local officials. To get around them, Christians build illegal churches, which in turn have been a major trigger for sectarian violence in rural areas with large Christian populations.

In Minya, where Christians make up 30 percent of the population, rumors of secret churches often lead Muslim mobs to attack Christians and burn their homes. The perpetrators are often led by hard-line Salafist clerics or politicians. Such violence is less prevalent in Cairo, a freewheeling megacity where sheer size dilutes prejudice and, for the most part, Muslims and Christians live in harmony.

In Ezbet El-Nakhl, the suburb where Father Saad works, congregants said naked prejudice was rare. “Some people have sick ideas like refusing to eat with a Christian,” Wageh Lahzy, a building contractor, said. “But that’s just a tiny number. Daily life makes everyone tolerant.”

Yet even in the capital, the prospect of a new church can mean trouble. For 18 years Masses and other ceremonies were held in a converted apartment. In 2006, the hierarchy bought a house, in the name of a parishioner, with the goal of building a church.

But permission was never forthcoming. Worshipers, tiring of the journey to the cramped quarters, began drifting to other Christian denominations. So last year Father Saad started to build. 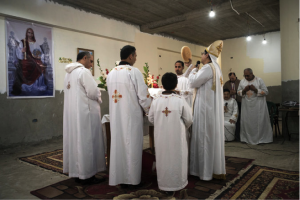 Weekly Masses have already shifted from Father Saad’s old church, shown here, to his new one, where plastic office chairs are used in place of wooden pews in a still-undecorated hall. Credit David Degner for The New York Times

It was a stealth effort, he explained. At first he told the authorities he wanted to build a “services center” with a health clinic and a kindergarten, which was true. What he neglected to mention was his plan to build a spacious church on the ground floor.

To move the project along, Father Saad hired a Muslim contractor, which caused the price to rise sharply. He visited the construction site quietly, not wishing to attract attention.

Then in August, Mr. Sisi’s government appeared to throw him a lifeline: a new law that contained a provision for the legalization of illegal churches. But the reform, which has been criticized by international human rights groups for not going far enough, still allows the authorities to refuse permission for a slew of reasons, including the threat of violence from Muslim neighbors.

So far the congregation has had no problems. On Sundays, worshipers file out in small groups to avoid scrutiny. Yet even the rickshaw drivers know it is a church, Father Saad said, so he and his congregation are bracing for possible trouble.

Already the neighbors have made their displeasure known. The nearest mosque, Father Saad said, which is about 300 feet away, moved their loudspeakers closer and cranked up the volume during daily prayers. But he cannot complain because his church is illegal.

It is also dangerous. Because the church lacks government permission, it has not received state protection after the recent Islamic State attacks. So while armed security officers guard a nearby Orthodox church, the door of Father Saad’s clandestine church is monitored by scouts, including his daughters.

They will be working as stewards at an outdoor Mass celebrated by Francis at a Cairo stadium on Saturday. Father Saad himself will accompany five busloads of worshipers, and he will pray that the Francis factor swings in his favor.

One day, he said, he hopes to see a cross mounted over his own church. “Maybe,” he said. “Just maybe it is possible.”

Photo : Youhanna Saad at his church in Ezbet El-Nakhl, a suburb of Cairo. Pope Francis’s visit to Egypt, which starts on Friday, prompted him to seek permission from the government for the church, which has been operating illegally. Credit David Degner for The New York Times 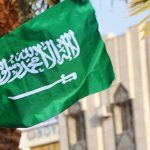 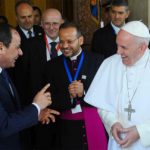