Egyptian President Abdel Fattah al-Sisi met with numerous congressional leaders and members in Washington on Tuesday. House Speaker Paul Ryan (R-WI) issued a statement after meeting with al-Sisi, asserting that “the strategic partnership between the United States and Egypt is essential to securing regional stability and defeating terrorism. The House is committed to building on this constructive cooperation with our Egyptian counterparts in the months and years to come.” House Majority Leader Kevin McCarthy (R-CA), House Democratic Leader Nancy Pelosi (D-CA), and House Democratic Whip Steny Hoyer (D-MD) were also in attendance.

President al-Sisi also met with members of the House Foreign Affairs Committee, including Chairman Ed Royce (R-CA) and Ranking Member Eliot Engel (D-NY). Following the meeting, Chairman Royce released a statement that recognized Egypt’s “key role in a turbulent region” but emphasized that “the Egyptian government must better support civil society and human rights in order to discourage young people from being radicalized.” Chair of the Middle East and South Asia Subcommittee Rep. Ileana Ros-Lehtinen (R-FL) posted on Twitter that the meeting focused on “strengthening [the] US-Egypt alliance, [their] partnership [against] terrorism, [and the] promotion of human rights.”

The Senate Foreign Relations Committee also met with al-Sisi. Chairman Bob Corker (R-TN) posted on Twitter that the committee “[discussed] the U.S. and Egyptian partnership.” Sen. Marco Rubio (R-FL) delivered a 10-minute floor speech on human rights in Egypt following the meeting, stating that “the ongoing ability to defeat radicalism in the world depends on the stability of our partners internally. And that is why the human rights situation in Egypt is concerning. I believe it is fair to say it is at its worst in decades, and that is saying something.” Rubio specifically mentioned the case of detained Egyptian-American Aya Hijazi, stating that “it’s time for the charges against her to be dropped and for [her], her husband, and the other workers to be released immediately.”

Sen. Patrick Leahy (D-VT) issued a statement on the visit that criticized the Egyptian leader’s human rights record, citing the fact that “he has effectively banned public criticism of his government” and “has engaged in one of the widest arrest campaigns in the country’s modern history.” Leahy also mentioned Hijazi, asserting that “it is long past time for her ordeal to end.” The Senator ultimately argued that Trump’s “[unabashed] praise [of] President al-Sisi […] damages our own credibility as a strong defender of human rights and democratic principles.” 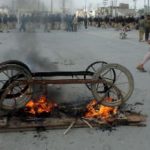 Pakistani prosecutor to Christians: ‘I’ll acquit you if you convert to Islam’News & Reports 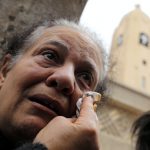