Coptic Solidarity calls on President Trump to include human rights in all levels of discussion with President El-Sisi during his visit to Washington, DC. The U.S. needs to partner with Egypt to combat terrorism, and advance national security while simultaneously promoting religious freedom and equal civil rights for the oppressed religious minorities.

Copts in Egypt have experienced a rise in attacks against their persons and property in the past two years. Coptic Solidarity has compiled a list of over 30 significant cases of violence, which have occurred in just the last six months. It provides a sampling of the brutal attacks inflicted on Copts.

Mr. El-Sisi will likely present a whitewashed image of Egypt during his visit. Yet, he has overseen a large-scale crackdown on civil liberties. Copts and other religious minorities, the media, and human rights advocates are experiencing oppression unseen even under the Mubarak dictatorship.

While the Egyptian government may blame foreign terrorism for the bombing of St. Peter and St. Paul Church, attacks on Coptic churches have occurred numerous times in recent years by Egyptian fanatic Muslims. This violence is not perpetrated by foreign terrorists, but is homegrown, one created by a culture of hate and impunity within Egypt.

Islamic fundamentalist ideologies are reinforced by state-backed media and compulsory educational curricula that instill hate of all non-Muslim religious minorities. President El-Sisi has empowered Salafists to freely spread their fundamentalist teachings. The hate culture and religious bigotry are also expressed in the application of the “anti-blasphemy” law, which uses religion to suppress freedom of speech.

Security forces rarely intervene to protect Coptic victims of violence. Perpetrators of violence go unpunished creating a culture of impunity. The so-called “reconciliation meetings“, are used to force Coptic victims under threats and intimidation to drop charges against their attackers.

Kidnapping, or luring, and forced conversion of Coptic underage girls has been an ongoing problem for years, and is reinforced by the collusion of the authorities.

To build or repair church requires a special permit. The new 2016 church construction law is replete with restrictions and loopholes that effectively prevent building churches. Many churches remain closed by the security apparatus.

All this comes in addition to the institutionalized marginalization of the Copts in virtually every state institution.

To improve its image, Egypt reportedly spends millions on U.S. lobbying firms. The administration and federal legislators need to be aware of these efforts that run contrary to the reality on the ground.

Also, the Coptic Church has been co-opted by the Egyptian government and is under severe pressure to deny that serious problems exist and even to state that its current situation has improved.

Coptic Solidarity supports Egypt’s stability; however, it urges President Trump to make combating terrorism and economic aid to Egypt conditional with making concrete measurable progress in civil society, human rights, and religious freedom for the Copts and all Egyptians. 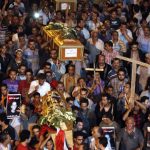 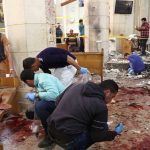