Egypt’s Copts Are Under Attack.

Little could dampen the enthusiasm of 13-year-old Tony Atef as he wore his soccer outfit and headed to Egypt’s most successful club, Al Ahly, to partake in the team’s junior soccer tryouts. After Tony scored two goals, a coach approached him, asking for his name to record among those accepted. But his dream of making the team died quickly, when the coach noticed the small tattoo of a cross on his wrist. Tony was quickly sent home. There would be no place for a Coptic Christian on an Egyptian soccer team.

Tony’s case soon went viral, after his brother took to social media to decry bigotry and discrimination. Embarrassed, the club invited Tony for another tryout, but it was too late. Similar stories soon emerged of other Coptic kids being rejected by other soccer teams. A newspaper pointed out that there wasn’t a single Copt among the league’s top 540 players. In fact, there had been only five Copts among the league’s players in the last few decades, and some of them spoke out about the discrimination they faced.

During Mass this past Sunday, an Islamic State suicide bomber made his way inside St. Peter and St. Paul’s Coptic Church in Cairo and detonated his bomb, leaving 25 people, mostly women, dead. The bombing, the deadliest since the 2010 New Year’s Eve bombing of the Two Saints Church in Alexandria, drew swift condemnations from governments around the world. But as much as such attacks remind the world of the plight of Copts, it is their daily encounter with discrimination and persecution that poses the greatest threat to their future.

Apart from Coptic women not wearing the veil and the cross most Copts proudly tattoo on their wrists, there are few differences in the physical appearances of Copts and Muslims in Egypt. Nor have the two communities lived in separate cities or regions, as is common in other Middle Eastern countries where the survival of ethnic and religious minorities has been deeply intertwined with geography.

The word Copt is derived from Aigyptios, the Greek word for Egypt. From the moment St. Mark the Evangelist spread the gospel in Egypt, the Church of Alexandria became a pillar of Christianity in the Late Antiquity period, with its fathers shaping the tenets of the faith and its deserts giving birth to monasticism. Separated from the rest of Christianity after a theological dispute over the nature of Christ in the Council of Chalcedon 451, the Coptic Church belongs to the Oriental Orthodox family of churches that includes the Armenian, Eritrean, Ethiopian, and Syriac Churches.

For centuries, Copts and Muslims lived side by side, with relations between them often fraught with discrimination and persecution, interspersed with periods of coexistence and assimilation. This would lead Lord Cromer, the British ruler of Egypt from 1883 to 1907, who had a very low opinion of Copts, to say: “For the purposes of broad generalization, the only difference between the Copt and the Muslim is that the former is an Egyptian who worships in a Christian Church, whilst the latter is an Egyptian who worships in a Mohammedan Mosque.” Nothing could be further from the truth.

Being a Copt was never a simple matter of attending different places of worship, but rather a salient feature shaping their lives. A Copt was a Dhimmi—the Islamic term used to refer to Christians and Jews, which means “protected person”—a tolerated second-class citizen, constantly reminded of his inferiority, and expected to behave. Even at the height of Egypt’s experiment with liberalism from 1923 to 1952, a Copt could never escape his Coptic identity, nor, paradoxically, bring it to the public square. Under Egypt’s military rulers the Copts’ plight only worsened.

Despite proclamations of equality by the state, a Copt has never been an equal Egyptian citizen in the eyes of the law. Egyptian laws are, in fact, designed to remind him of his second-class nature. For him, building a church remains a herculean task. He must follow Islamic inheritance laws, and cannot adopt children. Egypt’s blasphemy laws almost exclusively target him. Legally, he is not barred from being appointed to any position. But functionally, this is the reality. The exclusion of Copts from important government positions is pervasive: The current government has only one Coptic minister, and not a single Copt serves as a governor, university president, or university dean. An unofficial one percent quota for Copts is maintained in the military, police, judiciary, and foreign service, while no single Copt is allowed in the state security or intelligence services. Even his history is not immune to discrimination, with Coptic history and the contributions of Copts to Egypt through the centuries excluded from the country’s textbooks.

But the state’s discrimination, the Islamists’ incitement and violent attacks, and the state’s failure to protect them, along with its practice of forcing them into reconciliation sessions after every attack instead of applying the law and punishing the aggressor, are not what make the lives of Copts unbearable. Rather, it’s the bigotry they encounter from many of their fellow citizens. Copts necessarily know much about Islam through the education system, media, and their neighbors. The same cannot be said of most Egyptian Muslims and their knowledge of the Copts. The exclusion of Copts and their identity from the public square has made them alien creatures onto which wild fantasies are projected.

In a column last March, a Coptic journalist recounted being asked by a coworker where her future husband would spend their wedding night, given that a Christian woman is required to sleep with a priest on her wedding night, according to what she knew of the Copts. The question apparently had its roots in Mel Gibson’s film Braveheart, which depicts English lords having the right of the first night. The column unleashed a wave of confessions—comments posted beneath the column and on social media—by Muslim readers admitting to this and other misconceptions they held about their fellow citizens: Coptic priests wear black because they are saddened that Islam rules Egypt. On New Year’s Eve, churches turn out their lights so that men and women can kiss. The late Pope Shenouda, the leader of the Copt Church from 1971 to 2012, conceived of a plan to reconquer Egypt for Christianity by arranging for Coptic doctors to perform abortions on Muslim women. These are not merely bigoted beliefs held by some, but pathologies with profound ramifications. No Copt has been allowed to become an OBGYN professor in any of Egypt’s universities. As Michael Wahid Hanna warned in a recent column, “a society that views and treats a segment of its population as less than fully equal is also [a] society that produces violence and terrorism against it.”

What does the future hold for Egypt’s Copts? Could a community that has endured for 2,000 years actually become extinct? Throughout the Middle East, the answer seems to be yes. Geography, long the ally of ethnic and religious minorities in the region, offers little protection in the face of modern weapons and totalitarian organizations. The Islamic State’s reign of horrors has not only sought to annihilate these communities, but the very physical evidence of their historical presence.

But if modernity has been unkind to these minorities, it has also offered them an alternative: emigration. More than a million Copts now live in the West, where their ancient church is flourishing. Today, there are over 600 Coptic churches around the world. In 1971, there were two Coptic churches in the United States; today, there are 235. The Coptic Church is a growing phenomenon in Sub-Saharan Africa, where its African roots and lack of colonial baggage has allowed it to attract over half a million Africans.

Decline and survival, decay and endurance, have been the twin faces of Coptic Christianity under the rule of Islam. Today these two go hand in hand, separated only by geography. Despite the persecution millions of Copts face, there is no place in the West for eight million more. But the better educated, the ones who speak English and possess the skills to succeed beyond Egypt, will leave. Their poorer brethren left behind will stay. Egypt’s Copts will continue to decline. But in the lands of emigration they are writing a new chapter of revival.

Samuel Tadros is a senior fellow at the Hudson Institute’s Center for Religious Freedom and the Distinguished Visiting Fellow in Middle Eastern Studies at the Hoover Institution. 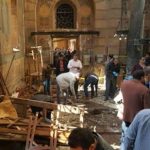 How Not to Restore a ChurchSelected Opinion 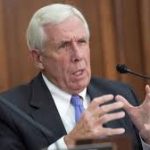