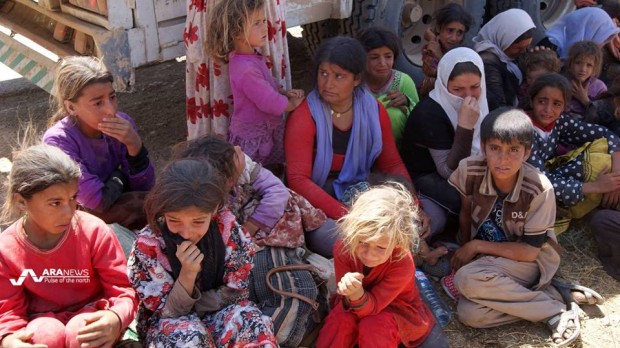 As so-called Islamic State militants are driven out of Mosul, Paul Moss reports on the continuing plight of the Yazidis, the Iraqi religious group who the United Nations says has suffered more destruction than any other at IS hands.

We were listening as a group of Yazidis recounted the now horribly familiar story of how IS came to their homeland on Mount Sinjar in 2014, killing thousands and driving many thousands more into exile.

“Some of our neighbours were running away, but before reaching the mountains, Islamic State gangs captured them and took them,” one of the women said.

“The men were killed, and the women and children taken.

The long road ahead

None of these women wanted to give their name.

The experience of two years ago has apparently left them with a deeply ingrained sense of fear – of other people, and of the future:

“They might be able to drive Islamic State out of our area, but it would be very difficult for us to return to where we came from, because we’re scared something might happen,” one of the women said.

The possibility of returning is on the minds of many Iraqis, as IS comes under sustained attack in Mosul and is defeated outright elsewhere.

But even Yazidis not scared to go home would find it extremely difficult because the city of Sinjar and the villages that surround it have been so thoroughly destroyed.

“From houses to roads to bridges, the area is raised to the ground,” says Dara Yara, a minister in the Iraqi government, with responsibility for housing and construction.

He makes no bones about the long time it will take before they can even start proper rebuilding in the Yazidi areas.

“This kind of situation needs peace, stability. This is a long process,” he says.

For now, many Yazidis languish in refugee camps, contemplating another winter under canvas.

Others have given up on the idea of returning home, and have sought asylum in Europe and North America.

It is a trend that worries Luqman Suleiman, a teacher, who also takes people round the Yazidis’ most holy temple, in the town of Lalish.

“They want to go to Germany, to France, to Australia,” he says.

“There is no future for the Yazidis in Kurdistan.”

As far as Mr Suleiman is concerned, the problem is not a matter of houses and roads.

What will ultimately dissuade Yazidis from returning to their homes and lives on Mount Sinjar, he says, is the fact their own neighbours helped IS.

He is one of many Yazidis who insist that Sunni Muslims already living in Sinjar told IS who was Yazidi and who was not.

“The people in the villages helped Islamic State kill the men, kill all the men, and take away the girls,” he says.

“How can people live again together?”

No-one is sure how many Yazidi girls were taken away by IS, but a United Nations report suggested it was between 5,000 and 7,000, and that some, perhaps many, were being held as sexual slaves across the border in Syria, but also in Mosul.

It is another thought that occupies the minds of Yazidis, as they watch Iraqi army tanks make their way through Mosul’s streets.

“They are there. Recently, one member escaped, but the others – we don’t know,” another Yazidi woman says, another who does not want to give her name, lest there be reprisals against members of her family still inside IS-held territory.

She was speaking at a rehabilitation centre in Qadia refugee camp, run on behalf of a British charity, The Lotus Flower.

Here, Yazidi women are taught various skills, including how to sew.

The hope is that this may one day provide them with a source of income, but the manager running the project acknowledges that the main purpose is therapeutic.

“We have to help them to be busy with something,” says Vian Ahmed, “rather than thinking a lot about what happened to them, about what horrible memories they have.”

“Islamic State survivors tend to want to be alone.

“We are helping them to get out, which will be a benefit to them, psychologically and socially.”

Of course, what would really benefit the Yazidis would be if they could get out of the refugee camps in which so many of them are living, and for those who want to, to have a chance to see again the villages in which they have lived for so many generations.

But that remains a very distant prospect, if not an impossible one. 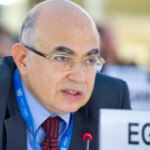 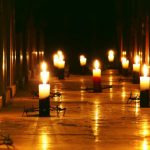