The United Group, an Egyptian law firm, published on October 5 an examination of the draft NGO law recently approved by the Egyptian Cabinet on September 8. The United Group found that the draft legislation “reflects the traditional official trepidation about NGOs” and outlined several key features that will severely inhibit domestic and foreign NGOs’ ability to operate. The analysis suggests, “Egypt needs to confront its well-ingrained trepidation of civil society organizations and embark on developing a legal framework that is clear, well-defined, consistent with the Constitution, meets international standards and the aspiration of many who are voluntarily engaged in developing their society.”

Overall, the review concluded that a variety of issues present in the legislation go against Egypt’s constitution and international standards that guide NGO frameworks. The United Group is among the organizations being targeted by the Egyptian government in its crackdown on independent civil society.

The legislation imposes multiple restrictions on NGOs, including allowing representatives from Egypt’s Ministry of Social Solidarity (MOSS) “to supervise and monitor” all aspects of an NGO’s activities. It also mandates that for each approved grant, one percent will be allocated to the Associations and Foundations Support Fund, and requires an NGO to notify MOSS thirty days prior to any public fundraising. Furthermore, the law imposes tight restrictions on foreign NGOs such as allowing MOSS to cancel its license if the organization violates any laws or provisions that guide its activities. 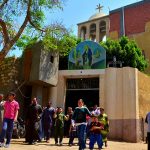 Why Egypt’s New Church Law Has Some Activists WorriedNews & Reports 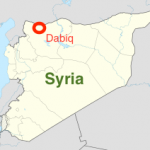