By the Investigative Project on Terrorism –

Hoekstra to Testify on White House Embrace of the Muslim Brotherhood

Washington, D.C. – Investigative Project on Terrorism Shillman Senior Fellow Pete Hoekstra will testify before a House Homeland Security Subcommittee on the causes and results of the administration’s partnership with the Muslim Brotherhood.

Hoekstra – who previously served as Chairman of the U.S. House Intelligence Committee – will outline documentation behind why White House officials reversed 40 years of bipartisan foreign policy and how it changed the threat map in the Middle East and North Africa.

WHAT: Hearing on ‘Identifying the Enemy: Radical Islamist Terror’ held by the House Homeland Security Subcommittee on Oversight and Management Efficiency 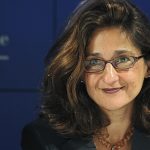