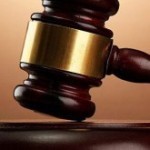 Independent Human Rights organizations in Egypt pay the price under a president that considers Egyptians unworthy of dignity, freedom, and equality.

On September 17, the Cairo Institute for Human Rights Studies (CIHRS), as well as a number of other human rights organizations and their managing directors, will be subjected to a hearing at the Cairo Criminal Court in connection with Case No. 173 (2011), known as the “Foreign Funding Case.” The impending hearing will rule on the freezing of the organizations’ assets.

The petition also requests the freezing of assets belonging to Hisham Mubarak Law Center (HMLC) and its Director Mustafa al-Hassan, and the Egyptian Center for the Right to Education and its Director Abd al-Latif Tayil. The petition further calls for the confiscation of assets belonging to the Hossam Bahgat, the founder of the Egyptian Initiative for Personal Rights (EIPR), and Gamal Eid, the founder of the Arabic Network for Human Rights Information (ANHRI), along with his wife and minor daughter.

The court hearing is a perpetuation of a ruthless chain of reprisals against organizations actively defending victims of human rights violations in Egypt, and part of an apparent state plan to eliminate the Egyptian rights movement – a plan that was evident only about a month after President Abdel Fattah al-Sisi assumed power. Human rights organizations were subject to an ultimatum to closure if found governed by laws not under the jurisdiction of the repressive Civic Association Law. This was followed by an attempt to pass an even more draconian law nationalizing civil society, after a promising draft NGO bill was formulated by civil society organizations and the Egyptian government in January 2014, a few months before General al-Sisi assumed the presidency.

The revival of the foreign funding case was then brought to the forefront of the assault on civil society in Egypt. A judiciary was appointed by the state. It was armed with a strong political and security agenda to eliminate human rights organizations, especially those with long histories of exposing the crimes of the national security apparatus against Egyptian citizens, as well of opposing the state’s unjust laws.

Human rights organizations refusing to register under the state’s flawed NGO law, have been subject to severe threats and pressure for over two years. Just two weeks after President al-Sisi assumed power, the Director of CIHRS, Bahey el-din Hassan, began receiving death threats later another member of CIHRS received a similar threat. CIHRS was summoned for questioning in connection with the aforementioned foreign funding case, along with three other organizations and several of their staff members. The Egypt Office Director of CIHRS and at least ten other human rights advocates from other organizations were banned from travel. These travel bans coincided with a vicious smear campaign orchestrated by the state media and security apparatus.

The asset freeze measure was designed to paralyze the ability of human rights NGOs to function, and silence their voices indefinitely. They were designed to silence any dissent against the security apparatus, ensuring that no opposing voice can be heard amidst the resounding repressiveness in Egypt. The asset freeze would signify that CIHRS, HMLC and the Center for the Right to education, will lose access to their bank accounts and their properties. The court will assign a trustee/syndic (government official) to manage the organization’s funds, have full access to its records and database, including files related to victims of human rights violations. It would also signify that the government will have full trusteeship over the organizations’ programs and priorities.

The ongoing foreign funding case shamefully exposes the collapse of the justice system in Egypt and the swelling power of president al-Sisi. Several questions has been raised regarding the way the investigating judges has been appointed and how their mandates has been renewed, one of them his mandate has been renewed for almost two years in clear contradiction to the law, ensuring partiality contrary to the provisions of the law. None of the organizations accused in the case have thus far been permitted to view the entire case file. Yet, the fraudulent investigations in that file form the basis for the asset freezes and travel bans of all defendants involved. Egyptian law states that any citizen subject to an assets freeze must be legally notified and permitted to give a statement prior to the issuance of the order, which has not happened in this case. This lack of legal notification as well as the failure to allow the accused to give a statement is yet another egregious legal violation if the case is approved against CIHRS’s director and his family.

It is important to mention that, the homeland security investigations that are in the case files of case number 173 for 2011 –that is the main basis for the possible indictment- that consists of 100 pages, has CIHRS mentioned in it in only 10 lines. Most of the information in these ten lines are incorrect except for the name of CIHRS, its director and his date of birth.

To further the assault against human rights defenders, the indefinite travel bans issued on illegitimate grounds have separated families, and hindered many from carrying out their personal and professional obligations. The ban has denied one of the accused, Hossam Baghat, from traveling to receive an international prize awarded for his recognized efforts in service of his country. The defendants were not given a written notification of their travel ban, but instead were notified at the airport when attempting to travel. This is a blatant violation of constitutional law. Article 62 of the constitution states that travel bans must include a rationale and specified duration. Article 54 states that a person whose liberty is restricted must be notified in writing.

The Egyptian authorities have harbored a desire to retaliate against Egyptian human rights groups since the foreign funding case was first opened in 2011. Action was deferred however, until the necessary legal amendments could be introduced. This includes Article 78 of the Penal Code, which is likely to be applied against human rights activists for the first time. This ploy became more apparent during an interview with Judge Ashraf Ashmawi, who passed on the case in 2011. In an interview with al-Ahram on September 2nd, Ashmawi stated,

I did not lay any charges against any Egyptian – elite, intellectual, or public figure – who was at the center of rumors. I closed the investigations against human rights activists after the falseness of the charges against them became apparent to me.” He added, “Everything said in the media and social media about this case and the accusations against the symbols of the January 25 Revolution are totally baseless, the invention of biased people who think they’ll please the government with their talk.

Despite recognizing the January 25 Revolution in its constitution, the state still regards the uprising as an international conspiracy against Egypt, mobilized by national civil society organizations. Ironically, the Egyptian state has taken no hostile stance—not even an official statement or a reduction of diplomatic representation—against the states accused of explicitly or tacitly conspiring against Egyptian national security through the funding of human rights organizations.

On the contrary, official visits of President Al-Sisi have strengthened ties with these states – particularly in relation to government and military financial aid, arms deals, and security and military alliances against terrorism and other states. The Egyptian state’s active strengthening of relations with states accused of conspiring with civil society organizations against national security, reflects the falseness and hypocrisy of the foreign funding conspiracy allegations. It clearly demonstrates that the goal is not to seek restitution for alleged harm inflicted by the states accused of conspiring against Egypt, but to eliminate human rights organizations.

Mimicking the military-orchestrated media offensive against international organizations in 2011, most security affiliated media outlets are currently dedicating their efforts to slandering Egyptian human rights activists, repeating lies and false allegations without evidence. In addition to their defamation and vilification by the media, several activists have received threats of physical harm, including actual death threats.

Despite the state’s relentless intimidation and campaign to destroy them, independent human rights organizations in Egypt will continue to fulfill their moral duty to all Egyptian citizens who have been or will be victimized, regardless of their political, religious, ethnic, or sexual orientation, regardless of the upcoming asset freeze judgement and regardless of the cost.

It is evident that this ruthless state-sponsored assault is motivated by these organizations’ application of international human rights values and principles to defend the human rights of Egyptians—their dignity, freedom, and equality – rights which President al-Sisi has publicly and shamelessly declared – when comparing between Egyptians to other nationals- that his fellow citizens do not deserve. 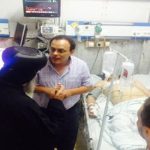 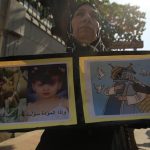