Advocate with us in support of Congressional Resolutions for Minorities in the Middle East!

The freedom to choose what we believe, to discuss those beliefs with others, and to worship in community with others is integral to the human experience.

Yet, many individuals worldwide are denied these most basic freedoms of religion and expression.

“The freedom to worship by minority religious communities worldwide has come under repeated and deadly attack, and often religious minorities are regarded as enemies of the state.”

“The freedom to proselytize by minority religious communities has also come under repeated and deadly attack in recent years through so-called blasphemy laws and anti-conversion laws that are punishable by fines, imprisonment, and death.”

These claims are made in Senate Resolution 69 which was introduced by Senator Inhofe (R-OK) in a resolution calling for the protection of religious minority rights and freedoms worldwide.

Coptic Solidarity previously wrote to you regarding  House Resolution 290 intruded by Rep. Joe Pitts (R-PA) that calls for the global repeal of blasphemy laws in general, and in Saudi Arabia, Pakistan, and Egypt in particular.

Many of you know exactly how blasphemy laws are used in Egypt and neighboring countries to prevent individuals from practicing and expressing their faith in the most basic ways.

That’s why I am asking you to join us in advocating so that more people worldwide can enjoy the same freedoms we do.
We need your assistance to encourage more U.S. Representatives and U.S. Senators to cosponor these respective resolutions. More cosponsors increase the likelihood of the bills being moved to a mark-up in committee and then to a vote.

There were only seven Congressional co-sponsors of H. RES. 290 when we first wrote to you about it. Now there 30! We hope this serves as an encouragement that asking your U.S. legislators to support bills and resolutions of importance to you can and does make a difference!
Please take just a few minutes to send a message to your US Representative and U.S. Senators asking them to cosponsor H. RES. 290 and S. 69.

A sample letter is provided for your convenience and our software uses your address to determine who your U.S. Representative and both U.S. Senators are and will send it directly to all three of them once you click “submit.” 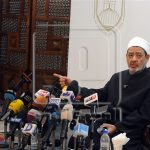