In late May, Muslim villagers set ablaze a number of Christians’ homes and a woman was paraded naked in public, according to the Coptic Church 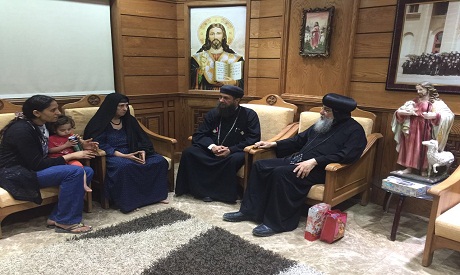 An Egyptian court ordered on Tuesday the release on bail of eight people detained over sectarian violence by a Muslim mob against Christians in Upper Egypt last month, a defense lawyer said.

The assault in late May in Minya’s El-Karm village was sparked by rumours that a Christian man was having an illicit relationship with a Muslim woman in a country where interfaith pairings are widely considered taboo.

Sixteen people had been arrested over the attack, three of whom were released on bail Monday. The court in Minya ordered on Tuesday eight others to be released on bail of EGP 10,000 each (approximately US 1,125), lawyer Magdi Raslan told Ahram Online.

Five others suspected of taking part in the violence are still detained while investigations are underway, Raslan added.

Christians, who make up about 10 percent of Egypt’s population of 90 million, have persistently complained of discrimination and sectarian attacks in the predominantly Sunni Muslim country.

President Abdel-Fattah El-Sisi and Prime Minister Sherif Ismail pledged at the time to hold accountable perpetrators of the attack on Christians in the village.

Will the Terrorization of Egypt’s Christians “Never Stop”? 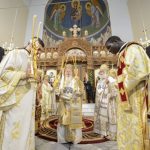