As Christmas Eve was being celebrated in the West, in Egypt, Muslims rioted and attacked a church on Dec. 24, 2022.

The church’s great “crime” was to have tried to fix its dilapidated roof, which contradicts the draconian, anti-Christian dictates of Islamic law, sharia, which is enshrined in Article 2 of Egypt’s Constitution.

Two years earlier, the roof of the Church of the Virgin and Anba Samuel in Abis al-Thawra, a village in the rural outskirts of Alexandria, began to crumble and fall through the building.  On at least one occasion, portions of the roof, after heavy rains, collapsed in on and injured several congregants. After two years’ worth of appealing to the authorities for a permit to “fix the roof and save the lives of worshippers,” the church finally received approval.

This is the only church in an area covering several villages and hamlets to serve some 600 Christian families. Built in 1979, it is already severely overcrowded (and, therefore, a “safety hazard,” like many churches that recently “caught fire” in Egypt.) Hence, during the application process, the Copts had also requested approval to enlarge the church.

The authorities refused, granting only approval to fix the roof—and yet even this was too much for the local Muslim populace, which rioted and hurled stones at the church, individual Copts, and the roof workers.  They also set fire to a Christian farmhouse adjacent to the church.

The reason for Muslim ire is that sharia mandates that, not only can new churches never be built on territories conquered by Islam (such as Egypt), but preexisting churches can never be repaired.  Letting nature and time eliminate already existing churches is seen as a form of “tolerance”—one that, nonetheless, must never be interfered with, in this case by fixing a roof.

Christmas Eve’s mob violence was enough to get police and state security to intervene, disperse the mob, and restore calm.  They also left security around the church.

As usual, none of the (Muslim) assailants or instigators was arrested. Instead, all roof construction work was halted under the pretext of “calming the situation.”  Based on precedent, however, Copts fear that this “temporary” halt will become permanent.

After all, the above scenario has played out countless times in Egypt: whenever a church is legalized or repaired—or is merely rumored to be legalized or repaired—local Muslim mobs riot and attack Christians. Authorities frequently respond by appeasing the rioters and permanently sealing up the “offending” churches on the charge that they are “security risks” to the region.

Time will tell if the law will, once again, collapse before Muslim mob rule, or if some semblance of justice will prevail for the Church of the Virgin and Anba Samuel in Egypt. 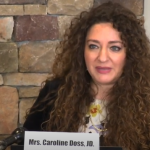 A Year in Review: What Did Coptic Solidarity Do in 2022CS Releases & Articles 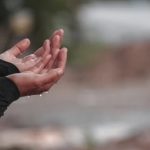