The country has a rich history of political dissent that has brought it to the edge of revolution.

Reports of the demise of Iran’s morality police were greatly exaggerated. There’s no evidence that the Interior Ministry has dissolved this force. It may have even been temporarily repurposed into riot control. This disappointing deflation of last week’s reporting reinforces the Central Intelligence Agency’s view that the current wave of unrest in Iran poses no threat to the regime.

But that view—colored by the disappointing results of the Arab Spring and of Western military interventions in Afghanistan and Iraq—is too pessimistic. The Islamic Republic’s rulers are uncertain, fearful and increasingly incoherent in their public statements. They surely know that these demonstrations aim to foment revolution, not reform. And they have reason to worry that the demonstrators will be successful.

Iranians, unlike anyone else in the Middle East, have lived under two very different dictatorships—the Westernizing Pahlavi shahs from 1925-79 and an Islamic theocracy since 1979—and they’ve rejected both. Iran is the only Middle Eastern state to have had two revolutions in the 20th century. Belief in the value of a constitution and representative government is more than an imported, debased Western idea to Iranians. Iran embraced a written code of laws as a means of checking foreign influence in the Constitutional Revolution of 1905-11. Iranians have a 120-year history of using street demonstrations to check abusive power. Unlike past protests in other Middle Eastern countries, today’s popular rebellion in Iran could usher in a lasting pluralistic order.

In no Arab state—not even Egypt, where the intellectual and political classes were profoundly Westernized under British occupation—have we seen the kind of political ferment and critiques of authoritarianism, both secular and religious, that we have seen in Iran since the Constitutional Revolution. The rule of relentlessly Westernizing monarchs turned religion into a means of political protest and a vehicle for establishing representative government. Forty years of clerical rule has weakened Iranians’ religiosity but not their yearning for self-rule. Iran has become a country of empty mosques and a distinctly secular national pride.

As Americans often argue, separation of church and state can be a key to democratic success. Thanks to the totalitarian ambitions of Iran’s theocracy, no Middle Eastern society is less tempted by faith as a political creed than Iran. And while the theocrats have thwarted Iranians’ yearning for representative government, they have made concessions to popular sovereignty that have kept a culture of political self-expression alive and well.

The Islamic Republic has been bedeviled by this compromise. Elections, though never free, were once safety valves for popular dissatisfaction. A diverse collection of politicians have become president, ranging from the clerical reformer Mohammad Khatami to the populist firebrand Mahmoud Ahmadinejad. The Majles, Iran’s parliament, could be feisty. A dynamic press could criticize the government. Magazines and books served up serious discussions about man, God and the U.S.

This culture of political expression was fed by the clerical regime’s massive expansion of the country’s educational infrastructure—an aspect of the mullahs’ ardent desire to modernize after the fall of the shahs. They wanted a nation that was self-sufficient and self-reliant, and that required an educated public. Today, Iran has nearly six million university students, almost 60% of whom are women. In a reversal of the 1970s, higher education has become an engine of dissent against the Islamic revolution. Mismanagement and corruption in state-owned enterprises have done far more than U.S. sanctions to limit job creation. Iran is a land of highly educated poor people whose thirst for democracy has been whetted but never quenched. And Supreme Leader Ali Khamenei’s decision last year to asphyxiate this managed democracy by stage-managing the election of his ruthless protégé Ebrahim Raisi to the presidency triggered the existential crisis that has demolished the regime’s legitimacy.

After more than a century of societal involvement in politics, Iranians are more than aware of the serious nature of self-government. They are unlikely to fall victim again to the allure of a secular strongman or militant mullah, having seen the damage such leaders cause. The Arabs who revolted against tyranny a decade ago didn’t have the advantage of decades of trial and error. Self-criticism isn’t a Middle Eastern forte, but Iranians have come far in placing the blame for their own predicament on themselves. Democracy can’t ignite, or last, if the citizenry doesn’t assume responsibility for its own destiny. Iran seems ready.

Most telling, Iranian women, who have tenaciously pressed for reform since Mr. Khatami’s election to the presidency in 1997, are no longer fazed by accusations of being gharbzadeh—Western-struck. They appear eager to make Western ideas about natural rights, especially individual liberty, their own. This is an essential step toward making democracy work in non-Western lands.

Iran is a diverse country. Its Arabs, Kurds and Baluch have a history of insurrection against Persian authority. Ethnic diversity has caused strife in the past. But the nationwide demonstrations that started after the death of Mahsa Amini, a young Kurdish woman, have been remarkably unifying. Iranians today want the extinction of the Islamist regime.

Many Americans and Europeans were deeply uncomfortable with the empowerment of religious parties in Egypt and Tunisia during the Arab Spring. A post-Islamic Iran is likely to have a far bigger Western fan club than did the elected Islamists of North Africa. Good thing: As Samuel Huntington noted, foreign—usually American—support to nascent democracies increases the chance of their survival. 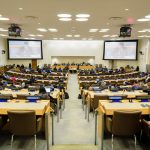 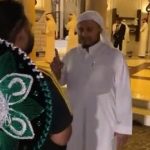