The trial of Patrick Zaki has been postponed to November 29. The student of the University of Bologna told ANSA at the end of the seventh hearing in Mansura on September 27.

“Nothing new. It is just a new postponement of the hearing that” this time “has been postponed to November 29”, Patrick later specified speaking to journalists in front of the Mansura Palace of Justice. “We are in the cycle of postponing, and postponing, and postponing” for which “we do not know the reasons,” added the researcher. “Today we pointed out to the judge that we wanted to present our defense”, “but they didn’t give us the opportunity”, he said again, “like every time”. “So we wait” even if “not if we don’t know the reasons behind the postponement, but we’ll see”, Patrick insisted. “It didn’t last more than a second” or in short, “a few seconds, one or two,” he said, answering the question about how long the hearing lasted. “They always ask me for my identity card, I give my identity card, they go to the council chamber and then they give the decision,” said Patrick.

On the day of Patrick Zaki’s seventh audience in the Egyptian city of Mansura, the University of Bologna chooses to remember him with a “tangible” initiative.

“Unfortunately, there was little hope that it would end with an outcome other than the umpteenth long postponement. Here we must realize that Patrick is already serving a sentence without being convicted, because 22 months of pre-trial detention plus another 9 – and will become 11 – of process means almost three years deprived of total freedom, then partial, in any case always with a ban on expatriation, to return to Bologna “. Thus Riccardo Noury, spokesman for Amnesty International Italia, comments to ANSA about yet another postponement of the trial of Patrick Zaki in Egypt. “A lot of time has been lost – underlines Noury ​​- and Patrick is suffering from a lack of action by Italian diplomacy that really makes us think that perhaps his life, his freedom, are not so important for diplomacy. For us activists Yes”. 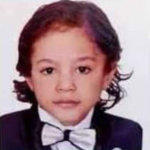 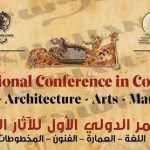