The Coptic Church in Egypt appealed to the authorities to return the child Shenouda to his family, noting at the same time to acknowledge the legal violation that the family had committed, according to what the church spokesman told Al-Hurra channel.

The spokesman added that apart from the legal aspect, the issue is humanitarian par excellence and that the child is not guilty of what happened in order to be taken away from his parents’s warmth, and entrusted to care homes, which may destroy the child psychologically and socially, as he put it.

The story of the child Shenouda occupied public opinion in Egypt as he was raised by a Coptic family, after being found inside a church as a baby, but after four years later he was placed in an orphanage according to the system in force in Egypt, as Egyptian law considers any child of unknown parentage to be a “Muslim by nature.”

The Christian couple told Al-Hurra that the child was found at the door of a church, when he was a few days old, and they decided to adopt him after consulting with those concerned in the church, as they did not have children.

The couple named the child Shenouda Farouk Fawzy, and he lived between them for four years, before a relative of the husband filed a complaint with the Public Prosecution to challenge the child’s attribution to the foster family. After the couple and the child underwent DNA analyses, it was proven that he was not related to them, and the Egyptian Public Prosecution decided to place him in an orphanage as “being of unknown parentage” and changed his name to “Youssef”.

The Public Prosecution did not take any action against the spouses, as it was proven that they had acted in good intentions.

The story brought adoption laws to the fore again, and many demanded the authorities to reconsider the current laws and amend them to suit different religions. Others stressed the importance of creating laws that focus on ensuring the interests of children.

The Egyptian state bans adoption in its broad sense in its Child Law No. 12 of 1996, and its amendments, the most recent of which was an amendment to its executive regulations in 2010.

Instead of adoption, Egypt enacted the “alternative families system,” which stipulates that “children deprived of family care, especially those of unknown parentage, may be placed in families that are chosen according to conditions and criteria that confirm the family’s suitability and the integrity of its intentions to care for these children without exploitation or self-interest.”

Among the terms and conditions of the Alternative Families System, the family’s religion must be the same as that of the child, and the spouses must be Egyptian. (The Higher Committee for Fostering Alternative Families may agree to cases of a family consisting of two spouses, one of whom is Egyptian).

According to the system, “subject child, whether male or female, may bear in the mechanized birth certificate the name of the custodian father, or mother, or the surname of the foster family;such information to be recorded in the child’s file without leading to any of the consequences of “adoption.””

In 2020, Egypt expanded the rules for who can take custody of or foster a child, to include single women over the age of thirty and divorced women, and lowered the minimum education requirement.

Translated and edited from: 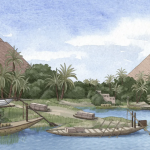 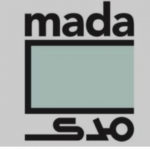