On July 16, 2022, As-Sahab, Al-Qaeda’s official media outlet, published a 16-page essay by a cleric known as Abu Awwab Al-Hasani.[1] The first instalment in a series titled “Restraining the Vile People of the Media,” the essay is titled “Loyalty and Defense of ‘Allah’s Drawn Sword,’ Abu Sulayman Khalid bin Al-Walid, From the Slander of the Fool of the Alhurra Channel, Ibrahim Eissa.”

This is not the first death threat made against Eissa, who is a longtime critic of the Muslim Brotherhood and of Islamist and jihadi views. Earlier this year, on March 1, a pro-Islamic State (ISIS) media outlet released a poster calling on Egyptian Muslims to behead Egyptian journalist Ibrahim Eissa, describing him as an “atheist heretic” who has “harmed Allah and the Prophet.”[2] He has received numerous death threats, not only by Salafi-jihadis such as supporters of Al-Qaeda and ISIS, but also by Islamists such as Qatari sociologist Dr. Abd Al-Aziz Al-Khazraj Al-Ansari.[3]

The Al-Qaeda piece is a reaction to a February 2022 episode of the weekly show Debatable, hosted by Egyptian TV personality Eissa on the U.S. government-funded Alhurra satellite network, and titled “Khalid Bin Al-Walid: Commander or Murderer?”[4] In this episode, Eissa, a harsh critic of fundamentalist Islam, questions the veneration by modern Muslims of Khalid bin Al-Walid, one of the Prophet Muhammad’s most prominent generals who spearheaded many of the early Islamic conquests.

The following report describes the July 16 essay published by Al-Qaeda’s official media outlet, which included a call to kill Eissa and a response to his criticism of Khalid bin Al-Walid, as well as 11 clips of Ibrahim Eissa’s calls for reform, published by MEMRI TV since 2015.

The essay published by As-Sahab, Al-Qaeda’s official media outlet, authored by a cleric known as Abu Awwab Al-Hasani, was titled “Loyalty and Defense of ‘Allah’s Drawn Sword,’ Abu Sulayman Khalid bin Al-Walid, From the Slander of the Fool of the Alhurra Channel, Ibrahim Eissa.” The piece is a reaction to a February 2022 episode of the weekly show Debatable, hosted by Egyptian TV personality Eissa on the U.S. government-funded Alhurra satellite network, in which he questions the veneration by modern Muslims of Khalid bin Al-Walid, one of the Prophet Muhammad’s most prominent generals who spearheaded many of the early Islamic conquests.

The As-Sahab essay defends Khalid bin Al-Walid against Eissa’s accusations, praising him as one of Muhammad’s greatest Companions and being among the greatest Muslims to ever live, while accusing Eissa and Alhurra of being part of a U.S. conspiracy against Islam and calling for the TV presenter’s killing.

Noting that “the freethinking media personalities” and “liars of modern atheism” are not the first to slander the “iconic figures of our Islamic ummah [nation],” the Al-Qaeda essay accuses “the sinful liar Ibrahim Eissa” of being the most recent to “ridicule” Islamic heroes with his episode denouncing Khalid bin Al-Walid. Al-Hasani praises the commander for having “dragged nations into the bliss of Paradise with chains and brought the sweetness of faith into hearts by force and willingly” with his conquests of Iraq and the Levant, declaring that “two billion Muslims, who experience the joy of Islam thanks to his conquests, efforts, and jihad” owe him a debt that can only be repaid by praying for him and defending his honor against “the freethinkers, heretics, and atheists” who insult him in the media. Al-Hasani notes that the Prophet Muhammad himself is said to have acclaimed Khalid as “one of Allah’s swords drawn against the unbelievers and hypocrites.”

One of the marks of the “cold apostasy” prevalent today, according to the pro-Al-Qaeda cleric, is the efforts of the “insolent media” to “cast doubt on the fundamentals of Islam” and to spread heresy, atheism, and depravity among Muslims. This “cold apostasy” can be dispelled by “the heat of a drawn jihadi sword” like the one brandished by Khalid, and the media’s attempts to minimize his stature and prevent him from being seen as a hero by modern Muslims are motivated by fear that they will be inspired to jihadism.

Al-Hasani notes that Eissa and his guests on the program questioned the sincerity of Khalid’s conversion to Islam, going so far as to “make takfir” on him by declaring him a non-Muslim who only feigned Islam to retain his “political and military privileges” following Muhammad’s growing success. Noting that the Alhurra presenter also accused Khalid of “war crimes,” Al-Hasani sarcastically writes that Eissa believes the commander should be “tried in absentia in the Hague” for his “gross violations of human rights.”

Khalid Was An Islamic Hero, Eissa’s Accusations Against Him Motivated By Hatred Of Islam

The essay defends Khalid against these accusations, describing him as “one of the glorious leaders of jihad and seekers of martyrdom.” Quoting from hadiths and early Islamic literature, Al-Hasani writes that Khalid was so preoccupied with the progression of Muslim jihad and conquests that he suffered severe insomnia and almost lost his mind. Upon hearing of his victories, the Caliph Abu Bakr exclaimed: “Have the women become barren from giving birth to someone like Khalid?!” The man who washed Khalid’s corpse reported that his body was completely covered with scars of wounds from swords, spears, and arrows.

Claiming that Khalid’s strong faith was responsible for his victories and noting that according to Islamic tradition, Khalid never lost a battle and killed more unbelievers than any of Muhammad’s other Companions, Al-Hasani writes that only “enmity to Allah’s religion and His Messenger’s Sunnah” could bring Eissa and his guests to describe the Islamic conquests as a “barbaric occupation.”

Acknowledging that Khalid once mistakenly killed a group of potential converts after thinking they had declared their apostasy from Islam, Al-Hasani insists that the commander “was not a deviant, criminal, terrorist, or a bloody savage who loved shedding blood,” noting that although Muhammad criticized Khalid for his haste, he did not dismiss him from his position and continued to assign him missions. The cleric further defends Khalid for his admitted lack of familiarity with the Quran, quoting 14th-century Islamic scholar Ibn Taymiyah, who wrote that Khalid bin Al-Walid was “Allah’s drawn sword,” and a sword’s function is warfare. Al-Hasani insists that Khalid was distinguished by his zeal for Islam and military prowess despite having been late to embrace Islam and lacking religious knowledge and asceticism, and should therefore not be considered “merely an ignorant military personage.”

The essay further criticizes Eissa for condemning Khalid’s role in the Wars of Apostasy, in which Khalid vanquished Arab tribes which rebelled against Abu Bakr. In response to Eissa’s claim that the tribes had not apostatized from Islam but merely rejected Abu Bakr’s authority, “according to the principles of democracy,” while noting that the consensus of early Muslims was that the tribes had abandoned Islam, Al-Hasani accuses Eissa of “anger, resentment, and hatred” of Khalid for returning his ancestors to Islam.

In Al-Hasani’s view, the “most vile accusation” Eissa makes against Khalid is that he murdered one of his fellow Companions and raped his wife. Al-Hasani charges Eissa with cherry-picking only the unreliable traditions that serve his aim of defaming the commander, explaining that the man in question had apostatized from Islam, making it legitimate to kill him and take his wife as a slave.

The essay takes issue with Eissa’s further claims that Khalid was “the founder of the sect of the Kharijites and the creator of the Daesh [a pejorative term for the Islamic State] riffraff,” and that he was responsible for the defeat of the Muslim army at the Battle of Uhud and the death of Muhammad’s uncle, Hamzah bin ‘Abd Al-Muttallib, calling these claims “unjust, barren defamations that do not convince anyone with a bit of understanding and minimal investigation of history and politics.” Eissa additionally claims that Khalid is not a “symbol of bravery and Islamic conquests”; compares his slaughter of apostates and Christians to “the Daesh riffraff’s actions against Muslims who wage jihad for the sake of Allah”; and asserts that Caliph ‘Umar dismissed Khalid to die a broken man. Al-Hasani rejects these accusations as “reports fabricated in the factories of lies and houses of falsehood (the Alhurra channel),” insisting that ‘Umar dismissed Khalid from heading the Muslim army but allowed him to continue waging jihad, out of fear that the troops would ascribe their victories to his leadership, rather than to Allah. Al-Hasani quotes reports from Islamic tradition according to which ‘Umar regretted dismissing Khalid and even said that he would have made him his successor had he outlived him.

Eissa wraps up the episode by encouraging viewers to emulate famous Islamic philosophers, scientists, and historians, but not Khalid and his ilk: “Be Ibn Sina, Ibn Al-Haytham, or Ibn Khaldun if you like, but do not be like Khalid bin Al-Walid.” Al-Hasani writes that by accusing Khalid of the cardinal sins of murder and fornication, Eissa has condemned the Prophet Muhammad, who appointed Khalid to lead the Muslim army; Abu Bakr and ‘Umar, who turned a blind eye to his alleged crimes; and the entire Islamic ummah, which did not insist on punishing Khalid for his actions. Al-Hasani adds that accepting the conclusions of the episode makes it impossible for Muslims to trust their Prophet.

“Alhurra Is An American Channel Created To Combat Islam“

Al-Hasani notes that Alhurra is an American television channel which “represents Washington’s voice directed to the Arab world” and was created in 2004 – shortly after the U.S. invasion of Iraq – as part of America’s “war on Islam and its principles.” According to the essay, the content of the channel’s talk shows is intended to “wage war on Islamic ideology, understanding, men, creed, and movements,” and those with “concealed resentment and hidden grudges against Islam and its defenders” were chosen to host its programs. Such people, according to Al-Hasani, naturally hate Khalid and others like him, because they feel an affinity to the non-Muslims whom he fought. Al-Hasani adds that people such as Eissa view Khalid as a “criminal murderer” for his wars against the enemies of Islam, while “every Muslim born on land conquered by the venerated Companion” sees him as a “great symbol of strength, valor, conquests, courage, and firmness” for working to spread Islam.

Describing Khalid as a symbol of obedience, discipline, and professionalism for accepting his dismissal and public humiliation by ‘Umar and continuing to wage jihad as a common soldier for the next four years, Al-Hasani writes: “O Allah, You are our witness that we love Khalid and draw close to You by loving him and defending him.”

The pro-Al-Qaeda cleric concludes his essay with the hope that additional scholars and preachers will take up the task of responding to programs such as Eissa’s, which were created “to spread atheism, heresy, licentiousness, and vice in the entire world.” He “calls their pens to arms” to defend Islam and urges his fellow Muslims and jihadis to defend Islam against such attacks in writing, noting that Islamic institutions such as Egypt’s Al-Azhar and Saudi Arabia’s Council of Senior Scholars and Muslim World League have refrained from speaking out against this “blatant attack on God and Muhammad” and from “protecting people’s religion and minds from the streaming torrent of specious claims.” Describing efforts to defend Islam by writing refutations of accusations against the religion and its seminal figures as a form of jihad, Al-Hasani explains that such an action can help “restrain the vile people of the media” and combat the “war on Islam in the media arena.”

The final page of the essay contains a cartoon showing an outline of Eissa with a bullet striking his chest, accompanied by the caption: “Who will go after this filthy one for me?”

This report is a complimentary offering from MEMRI’s Jihad and Terrorism Threat Monitor (JTTM). 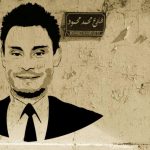 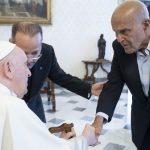