Italy’s courts will not proceed with the in-absentia prosecution of four Egyptian security officials who are charged with the 2016 murder of Italian researcher Giulio Regeni.

Regeni, 28, was a postgraduate candidate at Cambridge University conducting research on independent trade unions in Egypt. He was forcibly disappeared on January 25, 2016 to be held incommunicado and tortured in security facilities, according to published evidence from the investigations. Regeni was ultimately killed, his body finally found dumped by a Cairo roadside on February 3.

On the basis that it was not clear whether official notification of the charges had reached the four accused — two of whom were members of Egypt’s National Security Agency and two of whom were employed by the police force at the time of Regeni’s killing — Rome’s court of cassation decided on Friday evening to uphold a decision to suspend the trial without a resolution, reports said.

The decision brings over six years of investigations conducted by Italy to an inconclusive end. Egypt had put an end to a joint investigation with Italian authorities in late 2020.

Italian sources told Mada Masr in 2021, before the defendants were referred to court, that the Rome prosecution’s case could be derailed if investigating authorities on the Egyptian side did not cooperate and provide the Italian authorities with official addresses of the accused. This was the path that Egyptian authorities followed, Italian judicial sources have said.

Major General Tarek Saber, a senior official at the National Security Agency at the time of Regeni’s murder who retired in 2017; Major Sherif Magdy, who also served at the NSA, where he was in charge of the team that placed Regeni under surveillance; Colonel Hesham Helmy, who served at a security center in charge of policing the Cairo district where Regeni lived; and Colonel Asser Kamal, the head of a local policing unit, were nevertheless referred to criminal trial in absentia on May 25, 2021.

Of the four officials, Major Magdy Sharif is directly accused of torturing Regeni and causing “injuries that would have prevented him from carrying out normal bodily functions for over 40 days and involving the permanent damage and loss of several organs.”

Yet, a lower court decided late last year that it could not proceed with the trial, on the basis that the court was unable to establish whether or not the defendants were informed of the charges against them given that the Italian authorities were not provided with their official addresses. Lawyers for the prosecution, meanwhile, argued “reasonable certainty” that the four security officials are aware of the charges against them, according to the Italian news agency ANSA.

Two months after Regeni’s 2016 murder, Egypt’s authorities announced they had killed a “gang” of five men they accused of the crime. After Italy withdrew its ambassador and halted arms sales to Egypt in June of that year, the countries ultimately agreed to joint investigations, which Egypt closed in 2021.

Italy has continued to push toward the trial that was suspended on Friday, and its arms sales to Egypt have resumed. 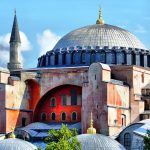 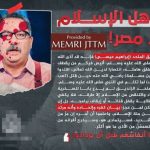