Another day has passed, and another Muslim man has murdered another Coptic Christian in Egypt.

On Sunday, June 5, 2022—the same day Muslims attacked a packed church in Nigeria, massacring more than 50 Christians—Abdullah Hosni, Muslim man with a long history of harassing Christians, randomly attacked a Copt, Kirollos (Cyril) Megali, with a meat cleaver in a village in Sohag, Upper Egypt.

Kirollos, who was rushed to a hospital “drenched in blood and with multiple stab wounds,” spent three days in an intensive care unit before succumbing to his injuries, including hack wounds to his skull.

According to the deceased’s brother, Abdullah was locally known for harassing Christians. He had relocated to Libya for a time but returned two days before assaulting Kirollos.  The latter himself had been working abroad (in Kuwait) and was visiting family, when Abdullah knocked him off his motorbike and started hacking at him.

At first, and as usual, there was talk of trying the murderer as “mentally ill,” including through the use of an apparently forged “medical report” submitted to prosecution by the murderer’s family; but outraged Copts protested (virtually every time a Muslim kills a Christian in Egypt, media and authorities rush to claim the murderer is “mentally ill,” thereby sidestepping punishment to the fullest extent of the law).

Moreover, according to the report, “A state of anger prevailed among the village’s Copts, because the perpetrator, Abdullah Hosni, had previously assaulted and always harassed Copts, but no action was ever taken against him.”

In the midst of chanting Kyrie Eleison (the ancient Greek mantra, “Lord have mercy”), mourning Copts attending Cyril’s funeral were also heard to cry “With our souls, with our blood, we will redeem you, O Cross.  The rights of Kirollos must be returned—and where is the media?”

This latest murder of a Coptic Christian at the hands of a Muslim in Egypt follows the murder of another young Copt, by a Muslim man who later said he was moved to the act due to his “loyalty to Allah,” and the murder of Fr. Arsenius Wadid, who was stabbed to death in broad daylight by another knife wielding Muslim man.

Meanwhile, the UN, the EU, and other large governmental bodies that claim to be zealous over protecting the human rights and religious freedoms of all people continue demonstrating that they are instead committed to two things: presenting Muslims as victims, and ignoring the worldwide persecution of Christians. 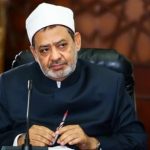 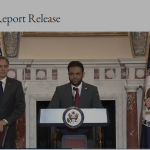