For more than a year and a half, a largely invisible campaign of ethnic cleansing has played out in Ethiopia’s northern region of Tigray. Older people, women, and children have been loaded onto trucks and forced out of their villages and hometowns. Men have been herded into overcrowded detention sites, where many have died of disease, starvation, or torture. In total, several hundred thousand Tigrayans have been forcibly uprooted because of their ethnicity.

These crimes are an outgrowth of a war that began in November 2020, pitting Ethiopian federal forces and their allies, including troops from  Eritrea and the neighboring Ethiopian region of Amhara, against forces linked to the Tigray People’s Liberation Front (TPLF), which once led Ethiopia’s coalition government. Early in the conflict, Amhara security forces and officials gained control of Western Tigray, a long-contested area of the region, where with the acquiescence and possible participation of Ethiopia’s federal military, they have carried out a brutal campaign of ethnic cleansing against Tigrayan communities.

Many of these abuses have been hidden from view. Ethiopian Prime Minister Abiy Ahmed’s government has imposed communication restrictions throughout Tigray and obstructed the efforts of independent investigators, journalists, and humanitarian workers, making it difficult to verify accounts from the region. In the first half of 2021, chilling reports of rapes, killings, and mass displacement nonetheless trickled out, prompting U.S. Secretary of State Antony Blinken to condemn the ethnic cleansing and call on Ethiopian and Amhara troops to withdraw. Ethiopian authorities, however, have since sealed off Tigray almost entirely, severing telecommunications and even banking services.

But as investigators for Amnesty International and Human Rights Watch have shown, the atrocities have continued. For over ten months after Blinken’s condemnation of the ethnic cleansing, Amhara regional officials and security forces carried out a systematic campaign of war crimes and crimes against humanity, including murder, unlawful imprisonment and torture, forced displacement, sexual violence, possible extermination, and other inhumane acts. The United States and other countries have pressed for a cessation of hostilities and sought to negotiate humanitarian access to Tigray, but they have largely ignored the horrors in the west of the region. They can no longer afford to look away.

“GO OUT OR WE WILL KILL YOU”

Western Tigray is a fertile area of northwestern Ethiopia that borders Sudan and Eritrea. In the early 1990s, Ethiopia’s previous government, led by the TPLF, incorporated the zoneinto the newly formed regional state of Tigray, setting the stage for decades-long disputes over boundaries, self-government, and identity. Some ethnic Amharas viewed these changes as an annexation, believing that the territory should have become part of the Amhara regional state. At various times, Amharas in Western Tigray sought to gain greater recognition and representation in government, unsuccessfully petitioning regional and federal officials and staging protests that were violently suppressed.

The outbreak of war in 2020 brought these longstanding grievances to the fore. Officials from Amhara, whose forces fought alongside Ethiopian federal troops, established administrative control over Western Tigray. Soon, war crimes and ethnic cleansing were underway. Ethiopian federal forces indiscriminately shelled towns and villages while Amhara Special Forces—paramilitary forces accountable to the Amhara regional government—and allied Amhara militias carried out extrajudicial executions in towns across the area. Tens of thousands of Tigrayans were forced to flee. Amid the offensive, Tigrayan militiamen  and other residents killed scores of Amhara residents and seasonal laborers in the town of Mai Kadra. In subsequent days, Amhara forces and Ethiopian federal troops targeted Tigrayans in a wave of revenge killings, arbitrary detentions, and eventual expulsions.

In the months that followed, the new Amhara administrators, Amhara Special Forces and allied militias, and Eritrean troops pillaged  Tigrayan crops and livestock and looted and occupied Tigrayan homes. These forces also subjected Tigrayan women and girls to sexual violence, including gang rape and sexual slavery. A shop owner from the town of Dansha reported that she was raped by half a dozen Amhara militiamen and recalled her attackers saying, “You Tigrayans should disappear from the land west of Tekeze”—a river that marks the boundary between Western Tigray and the rest of the region. “You are evil, and we are purifying your blood.”

“You are evil, and we are purifying your blood.”

The authorities and forces in Western Tigray went to great lengths to coerce Tigrayans to leave. They refused to issue new identification cards to Tigrayans, restricted their movement andaccess to humanitarian assistance, and sought to intimidate them. “Every night they keep saying, ‘Tigrayans, go out [or] we will kill you. Go out. Go out of the area,’” recalled a 45-year-old woman who eventually fled to Sudan. In several towns, signs were displayed ordering Tigrayans to leave, and local administrators discussed in public meetings their plans to remove Tigrayans. Pamphlets appeared giving Tigrayans 24-hour or 72-hour ultimatums to leave or be killed.

Amhara forces also killed many Tigrayans in custody. In a single day in January 2021, Amhara Special Forces rounded up and massacred about 60 Tigrayan men on the banks of the Tekeze River in reprisal for the Amhara forces’ battlefield losses. By March 2021, hundreds of thousands of Tigrayans, reeling from months of abuse and in dire need of humanitarian assistance, had been forcibly removed from the area or coerced into leaving.

Then in late 2021, Amhara forces carried out yet another wave of forced expulsions and killings in Western Tigray. Remaining Tigrayans were rounded up and held in detention sites. According to the United Nations, 29,000 people—some of them taken directly from detention—were forcibly transferred to other parts of Tigray in November alone. There, they faced the brunt of an effective siege imposed by the federal government, which, despite promising a humanitarian truce, continues to restrict aid and basic services in the region.

For the Tigrayans who remain incarcerated in Western Tigray, the horror has continued. Since January 2022, Amhara security forces have held hundreds, possibly thousands, of Tigrayans in overcrowded facilities, where detainees have been killed, tortured, and denied adequate food and medical care. Some have starved to death.

This treatment of Tigrayan detainees may amount to extermination.

In the town of Humera, where Amhara militias—at times assisted by Ethiopian federal troops and Amhara Special Forces—oversee a network of formal and informal detention sites, former prisoners recall horrific living conditions. “The guards would wait three, four, five days and then take [the bodies] and throw them into the valley,” said one man who was detained in a warehouse known as Enda Yetbarek in Humera. “They would wait for the bodies to smell and swell up. . . . [They] would even make the prisoners” dispose of the bodies. At another prison, called Bet Hintset, a detainee who escaped described a similar experience: “On the last day I was there, about four people died, and they picked about 12 of us to help get the bodies out there and put them on a tractor that was waiting outside.”

This treatment of Tigrayan detainees may amount to extermination, a crime against humanity that is defined in the Rome Statute of the International Criminal Court as the “intentional infliction of conditions of life, inter alia the deprivation of access to food and medicine, calculated to bring about the destruction of part of a population.” By denying prisoners needed medical care and adequate food—and barring relatives and neighbors from bringing them food—Amhara authorities are acting with more than callous disregard for the lives of their charges; they may well intend to cause their deaths.

To halt these crimes and end the suffering of detained and  displaced  Tigrayans, Ethiopia’s federal and regional authorities should immediately allow international aid agencies to access these detention facilities and operate unhindered throughout Tigray. This means  reining in abusive security forces, as well as suspending and holding accountable those implicated in crimes.

None of this will happen without international action, however. Both the African Union’s Peace and Security Council and the UN Security Council have failed to act to address the crisis in Ethiopia, once again calling into question their ability to protect vulnerable populations and prevent mass atrocities. These international bodies must include Ethiopia on their formal agendas, press for immediate access to detention facilities in Western Tigray, and insist on sustained and unimpeded access by humanitarian organizations. As part of any agreement between Ethiopia’s warring parties, they should support the deployment of an AU-led international peacekeeping force to Western Tigray with a mandate to protect civilians and monitor human rights.

The United States, the European Union, and regional powers should also call for credible independent investigations into the abuses in Western Tigray. The International Commission of Human Rights Experts on Ethiopia, mandated by the UN Human Rights Council, and the Commission of Inquiry established by the African Commission on Human and Peoples’ Rights should make it a priority to document human rights abuses in Western Tigray and press for credible justice and redress for serious crimes. As the veil lifts on the atrocities in Western Tigray, the Ethiopian government and international bodies need to stop the abuses and put an end to impunity. At stake is the survival of thousands of detained Tigrayans and hundreds of thousands more who either live in fear or have fled their homes and live under near-siege conditions. 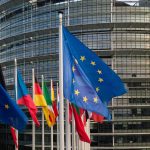 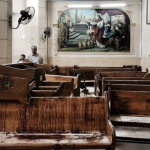 Why Does One Mosque Massacre Outweigh Countless Church Massacres?Selected Opinion