In a statement published by the council, Khattab addressed the interior minister, appealing for the activist to be transferred to the recently opened detention complex, the Wadi al-Natrun Reform and Rehabilitation Center, “due to its advanced medical capacities” and “the excellent care available in its medical center.”

Khattab’s statement did not refer to the hunger strike that Abd El Fattah began in a maximum security facility at Tora Prison Complex on April 2 to protest the conditions in which he is serving out a five-year sentence that he received for “false news” charges.

Khattab spoke publicly on the activist’s case for the first time on Saturday and said she had requested that she be allowed to visit him in prison, adding that she is in constant contact with Abd El Fattah’s family and calling on him to bring his hunger strike to a close.

Abd El Fattah’s aunt, novelist Ahdaf Soueif, told Mada Masr that, as of the time of publication, lawyers were unable to confirm whether the activist remains at the prison in Tora or has been transferred elsewhere.

The activist’s sister, Mona Seif, rejected the security source’s comments, publishing a post on social media that said that her brother’s health is deteriorating due to his hunger strike and that he continues to suffer harsh prison conditions and mistreatment by authorities.

Both sister and aunt stressed that the prison’s administration has refused to acknowledge or officially address Abd El Fattah’s hunger strike since he began it, continuing to deliver meals to him and neglecting to provide him with medical care and supervision. They added that Abd El Fattah would not be able to buy anything from the prison canteen, since he is held in solitary confinement at all times.

“Why prevent the UK consular visit for months and prevent them from bearing witness to your exemplary prisons?” Seif added in another Facebook post. Abd El Fattah received UK citizenship in April and requested that both British and Egyptian judicial authorities intervene to investigate abuses against him on the part of authorities.

Abd El Fattah began his hunger strike in early April to protest the denial of his rights in prison and repeated assaults by prison staff. Since his arrest in September 2019, his family and he have repeatedly complained about his being deprived of several rights guaranteed to prisoners by law, such as the right to exercise, access to books and newspapers, and owning a radio. Abd El Fattah was also beaten on multiple occasions during his imprisonment, including on the day of his arrival in prison. 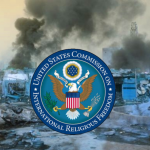 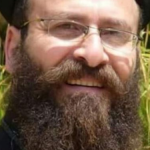