Two stories of Coptic Christian women disappearing off the streets of Egypt that surfaced around the same time in the month of Ramadan, April, 2022 are a testimony to the ongoing prevalence of this phenomenon.

On April 11, Simone Adel Isaac, a 15-year-old Coptic girl, disappeared.  Her parents immediately carried out an extensive investigation, including by questioning her friends, until they determined that the brother of one of her Muslim schoolmates was behind her disappearance.  The parents provided police with the Muslim man’s name, home address, and phone number, and anxiously awaited the return of their daughter.

To their dismay, police did little.  The distraught parents responded by sharing their experiences in a video that went viral.  Being so abandoned by police, the mother, in tears, appealed to anyone and everyone, including the Egyptian president, Sisi, and Coptic pope, to intervene: “Any person with a merciful heart who can return her to me, please do so, because my girl is a minor, my girl doesn’t understand anything, she was deceived by that guy, his sister, and even his mother.” As the girl’s father added, “The government knows exactly where the [Muslim] fellow is. They should be the ones to go and get him, not us.”

Soon thereafter—and, as usual, under unclear circumstances—police reunited the girl with her family.

On April 5, Mary Wahib Joseph, 36, a Christian mother of three, disappeared with her one-year-old daughter, Julie.  A week after her husband and extended family contacted everyone about her disappearance, including police, on April 12, Mary appeared in a video, wrapped under a hijab, and saying that she had willingly and without any coercion converted to Islam; that her name was now Mary Ahmed Muhammad;  and that her husband, children, and parents should stop looking for her.  All while making these claims Mary’s baby daughter can be heard crying in the background.

Responding to this video, her husband said that he knows his wife’s mannerisms and could clearly tell that she was speaking under duress.  He also pointed out that, if she had really run away to convert to Islam and abandon him and their two other young children, why did she not take any of her belongings with her.  Instead, she was in the midst of preparing the house for Easter, so “are these the actions of a woman intending to escape?” he observed.

A few days later, and because this particular “disappearance” also made much noise, Mary and her child were returned to their family, again, with little clarification of what had happened.

It is difficult to emphasize just how common these two stories are—down to the very details. For example, Mary Wahib Joseph is hardly the first Christian woman to disappear, reappear in a video dressed in hijab and saying she had freely embraced Islam, only for the truth to later come out.  A virtually identical case from 2020 is documented here.

The only thing uncommon about these two stories, which have played out repeatedly in Egypt, is that both women actually made it back to their families, though, no doubt, only after being permanently scarred by their ordeals.

The fact is, Coptic Christian girls have been and increasingly continue to be abducted, sexually abused, and forced to convert to Islam and marry their kidnappers—and the majority of them are never seen again.

For example, also recently, on April 16, the brother of another minor Coptic girl, 15-year-old Mahreal Sobhi, shared how she, too, disappeared one day back in December, 2021; that he and his family did everything possible to recover her, to no avail.  Instead, a video, similar to Mary’s appeared, with Mahreal dressed in a hijab and saying she had willingly converted to Islam.  Her brother added that, other than that unreliable video, they have had no word about the girl’s status or whereabouts, and so, for four months, the household has been in a state of misery.

It should also be emphasized that in those few cases that Coptic girls and women are recovered, no legal action is ever taken against the abductors, even though Egyptian law is extremely harsh in such matters (for example, up to 25 years imprisonment for abducting a minor female, defined as under 18). But such is the reality of Egypt’s “justice” system when it comes to the non-Muslim Copts.

This entire phenomenon and process is well discussed in a report by Coptic Solidary (CS).  Fifteen-pages long and titled “‘Jihad of the Womb’: Trafficking of Coptic Women & Girls in Egypt,” it documents “the widespread practice of abduction and trafficking” of Coptic girls.  According to the report:

The capture and disappearance of Coptic women and minor girls is a bane of the Coptic community in Egypt, yet little has been done to address this scourge by the Egyptian or foreign governments, NGOs, or international bodies. According to a priest in the Minya Governorate, at least 15 girls go missing every year in his area alone. His own daughter was nearly kidnapped had he not been able to intervene in time….  The rampant trafficking of Coptic women and girls is a direct violation of their most basic rights to safety, freedom of movement, and freedom of conscience and belief. The crimes committed against these women must be urgently addressed by the Egyptian government, ending impunity for kidnappers, their accomplices, and police who refuse to perform their duties. Women who disappear and are never recovered must live an unimaginable nightmare. The large majority of these women are never reunited with their families or friends because police response in Egypt is dismissive and corrupt. There are countless families who report that police have either been complicit in the kidnapping or at the very least bribed into silence. If there is any hope for Coptic women in Egypt to have a merely ‘primitive’ level of equality, these incidents of trafficking must cease, and the perpetrators must be held accountable by the judiciary.

Since the publication of that CS report in September 2020, matters have only gotten worse.  As a separate 2021 report asserts, “In Egypt, kidnappings and forced marriages of Christian women and girls to their Muslim abductors has reached record levels.” 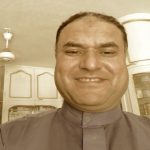 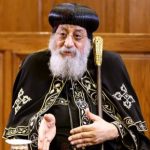