Al-Sisi continued the trend of defining human rights in a way that deliberately sidelines issues like political prisoners, prison conditions, enforced disappearances, executions, and extrajudicial killings. “The concept of human rights as I understand it is to provide food, clothing, and good education for every Egyptian,” he said. When the National Council for Human Rights held talks with several civil society groups last week, the council addressed issues including increasing population and climate change but conspicuously ignored the more egregious rights violations regularly raised by human rights groups.

Al-Sisi also delved into recent history, claiming that protesters took to the streets during the January 25 revolution 11 years ago because they “were not happy or satisfied, but without being aware of the real reasons behind this.” He said that they made the state the adversary, while in reality, “employees who do not work are the adversary.”

Al-Sisi added, “I have not prevented citizens from speaking. On the contrary, I want them to speak, but on condition that they are aware of the [situation] of the country before talking to people … and repeating words without sufficient knowledge.” 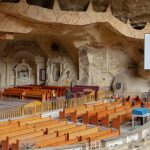 The Cave Church of St. Simon of Mukattam HillNews & Reports 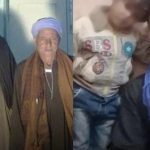 3 Copts killed and their bodies mutilated in MinyaNews & Reports