In light of an Egyptian-Israeli rapprochement, Coptic flights to Jerusalem returned after a two-year hiatus caused by the coronavirus pandemic.

Amid a recent Egyptian-Israeli rapprochement and after a two-year hiatus due to the coronavirus pandemic, Copts are now allowed again to travel to Jerusalem to visit the holy sites for Easter.

On Feb. 11, the Egyptian Federation of Tourist Chambers announced it would issue visas for Coptic pilgrims to Jerusalem.

Wajeeh Rizkallah, a member of the General Assembly of the Chamber of Tourism Companies, told the Egyptian newspaper Al-Watan that tourism companies are working on paperwork for Coptic pilgrimage trips to Jerusalem. The minimum age this year is 41, he said, which was determined by the Egyptian security authorities. Air travel will be the only means of transportation.

Rizkallah further said, “The number of tourism companies organizing Copts’ trips to Jerusalem is 30, and the ticket prices are set at a minimum of 30,000 Egyptian pounds [$1,900] for the one-week program.”

Measures imposed in Jerusalem in January to stem the spread of the coronavirus include two PCR tests: one 48 hours before leaving Egypt and another upon arrival in Jerusalem. Religious visits should only begin once the second test comes back negative. Pilgrims who test positive will be booked in a Jerusalem hotel for isolation and treatment.

The first group of Copts is scheduled to travel on April 10, and other groups will follow on April 14 and April 20. Copts’ trips to the Holy Land include sites which, according to Christian belief, witnessed stages of Jesus’ life and crucifixion, such as Bethlehem, Jerusalem, Mount Zion, Jericho, the Mount of Temptation, the Dead Sea and the Mount of Olives.

It seems more Copts are planning trips to Jerusalem to celebrate Easter this year, after a two-year hiatus. The Coptic Orthodox Church officially bannned pilgrimage trips in 1980, but on Jan. 8, Patriarch of the Coptic Orthodox Church Pope Tawadros II said in statements to Egyptian TV that “there is no longer any justification for preventing Copts from visiting Jerusalem, as there is a desire that we all live in peace.”

The return of Coptic flights to Jerusalem coincides with a rapprochement between Israel and Egypt, especially in tourism and aviation. On Oct. 3, 2021, an EgyptAir plane landed for the first time at Ben Gurion Airport in Tel Aviv.

The direct flight came after EgyptAir Holding Company announced in March 2021 that it would start operating flights from Cairo to Tel Aviv instead of Air Sinai. The latter, which is a subsidiary of EgyptAir, had operated flights in unmarked planes to Israel for decades.

Israeli airlines submitted in March 2021 a request to the Egyptian authorities to operate direct commercial flights to Sharm el-Sheikh in South Sinai, according to the Israeli newspaper Yedioth Ahronoth.

“The pandemic affected tourism in general, let alone the Copts’ travel to Jerusalem to visit the holy sites for Easter,” Youssef Ragheb, the owner of a tourism company that organizes trips to Jerusalem, told Al-Monitor. “The decision to resume Coptic trips to Jerusalem came after the world realized that border closures would not solve [the pandemic].”

He stressed that “the Copts have the right to visit their holy places and historical churches in Jerusalem away from any political considerations. It is a religious matter, and even the Palestinian side encourages Copts to travel to Jerusalem.”

In 2012, Palestinian President Mahmoud Abbas called on Arabs, be they Christians or Muslims, to visit Jerusalem. 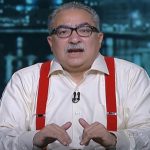 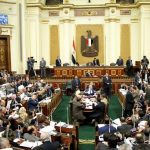