In a press briefing, State Department Spokesperson Ned Price welcomed the releases of activists Ramy Kamel and Ramy Shaath from pre-trial detention in Egypt and added that “we encourage the Government of Egypt to continue additional releases of long-term detainees.”

Price went on, “The United States will continue to engage with Egypt on human rights issues and to emphasize to the Egyptian government that our bilateral relationship will be strengthened by improving respect for human rights and fundamental freedoms.”

Commissioner Sharon Kleinbaum added, “USCIRF continues to urge the U.S. government to work with the Egyptian government to reform the arrest and prosecution decisions and procedures underlying the detention of religious minorities and their advocates, as well as immediately release other religious freedom activists awaiting trial.” 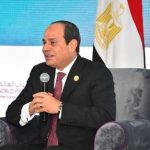 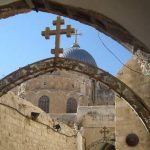 No longer any “ban” on Copts to visit JerusalemNews & Reports