Egypt was the third worst jailor of journalists in the world in 2021, with 25 reporters held in custody by governments, according to the Committee to Protect Journalists’ annual census.

For the seventh year in a row, Egypt made the top three in the special report from CPJ, with only China and Myanmar ranking higher with 50 and 26 journalists behind bars in each country, respectively.

The CPJ recorded 293 imprisoned journalists in 2021, the highest number since the organization began collecting data on jailed reporters in the early 1990s.

This year’s census mentioned photojournalist Mahmoud Abu Zeid, known as Shawkan, to illustrate how the Egyptian government prolongs the use of security measures against journalists who are no longer behind bars. Shawkan is currently required to report to his local police station every night as part of precautionary measures that were a condition of his 2019 release after a five-year prison term, and is also forbidden from managing his own assets.

A “blatant disregard” is also shown by the government, said the group, for legal limits on the time that defendants can be held in remand detention. Detainees are often added to different investigations from the ones they were originally taken into custody for, a bureaucratic sleight of hand that allows for defendants to be held for longer than the legal limit on remand detention, which is two years maximum for the most serious felonies.

Since 2020, a number of high profile detained journalists have been released, including Esraa Abd El Fattah and Solafa Magdy. However, others remain in detention, or have been referred to trial in emergency state security courts where rulings are not subject to appeal. Among them is Hisham Fouad, who was arrested in 2019 along with a number of political activists who were discussing a political alliance meant to stand in the 2020 parliamentary elections. After more than two years in remand detention, Fouad was sentenced to four years in prison on false news charges in an emergency trial in November.

While Egypt retains its position as the third worst jailer of journalists worldwide, other countries on the list, such as Saudi Arabia, have shifted positions in the CPJ’s ranking.  After releasing 10 prisoners, Saudi Arabia is currently holding 14 journalists, which means that it no longer ranks among the five biggest offenders.

Other worldwide trends noted by the CPJ include governments’ increasingly sophisticated use of technology to block independent reporters and outlets. The group also reported on 24 journalists who were killed because of their coverage so far this year, and 18 others who died in circumstances too murky to determine whether they were specific targets. 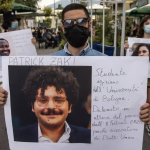 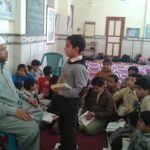