On Saturday, November 27, the State Security Prosecutor’s counseling chamber decided, regarding Case No. 1475/2019, in which Ramy Kamel Sayed Salib is imprisoned, to renew his detention for a period of 45 days.

Ramy was arrested on November 23, 2019 after the Special Security Forces stormed his house, and was interrogated by the State Security Prosecution on the same day in the evening. and misuse of social networking sites.

Despite evidence provided by his lawyer, Saeed Fayez, that the accusations are false, and although the investigations with Ramy did not advance since December 2019, he has been held in solitary confinement  since his arrest.

This makes Ramy Kamel imprisoned without any right, especially with the decision of the President of the Republic to abolish the state of emergency and the instructions of the Public Prosecutor for State Security Prosecutions issued last month on the necessity of disposing of the cases presented to them, whether by referral to court, or ordering the case to be void. 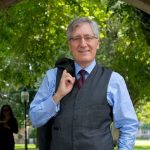 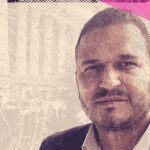