Analysis of the National Strategy for Human Rights

The Cairo Institute for Human Rights Studies (CIHRS) released this morning a brief analysis of the National Strategy for Human Rights announced by President Abdel Fattah al-Sisi on 11 September. Our analysis concludes that the strategy is rooted in the denial of the depths of Egypt’s human rights crisis while aiming to deceptively convey to the international community and donor states that political reform in Egypt is proceeding apace, thereby entrenching the tragic state of affairs and deflecting international criticism.

CIHRS first analyzed the general philosophy underpinning the strategy. It is significant that the Ministry of Foreign Affairs—specifically, the committee responsible for responding to international criticism—was tasked with drafting the strategy, rather than a ministry responsible for domestic affairs. As our analysis notes, the National Strategy for Human Rights is not addressed to Egyptians, thus it follows that the first public discussion on the strategy took place with decision-makers, think tanks, and civil society in the United States, not in Egypt.

The analysis devotes a section to rebutting the strategy’s claims about civil and political rights in Egypt, demonstrating the vast disparity between its claims and the reality on the ground. Reports issued by independent Egypt and international rights groups, the United Nations, foreign governments, and the European Parliament all concur that the human rights situation in Egypt has drastically deteriorated; grave and systematic human rights abuses are committed on virtually a daily basis by state security and military institutions, with the collusion of the judiciary and state-aligned media outlets.

In stark contrast to the appalling reality of the country’s human rights situation, the 78-page strategy document affirms that the source of the human rights predicament in Egypt is the Egyptian people themselves, their limited understanding of human rights, and the dereliction of political parties and civil society. As such, the document does not pledge to put an end to daily acts of repression that violate Egypt’s constitution, law, and regulations together with violating Egypt’s international obligations. Instead, it repeatedly recommends “raising awareness” of citizens.

The report as PDF 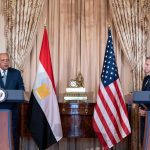 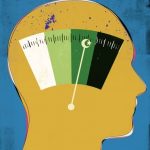