Foreign Minister Sameh Shoukry arrived in Washington on Friday to restart for the first time in six years the US-Egypt Strategic Dialogue with US Secretary of State Antony Blinken.

The strategic dialogue sessions, which were conceived of in the 1980s and first embarked upon the following decade, used to focus on political and economic cooperation and regional issues. Yet over the next two days, Egypt’s human rights record, a recurrent feature of discussions in DC on bilateral ties with Cairo since US President Joe Biden’s inauguration, will loom large in the talks between Shoukry and Blinken.

The agenda of the dialogue sessions scheduled for this week will begin with the countries’ shared interests. Disagreements on Egypt’s human rights violations are to take center stage following the US’s September decision to withhold US$130 million in military aid — around a tenth of the annual total it pays to Egypt — as groups concerned with Egypt in Congress continue to push the Biden administration to assume a firmer stance on rights and freedoms in Egypt, and in particular the restrictions on civil society and the unlawful use of remand detention.

President Abdel Fattah al-Sisi is also yet to meet in person with US President Joe Biden despite Cairo’s wish for the meeting to take place, according to Egyptian government sources who spoke to Mada Masr on condition of anonymity. Biden and Sisi exchanged phone calls for the first time in May, during the 11-day Israeli assault on Gaza, though the direct channel between the two did not endure past the conflict’s uneasy resolution.

Egyptian officials told Mada Masr on condition of anonymity that the September launch of a national human rights strategy and the president’s decision in October to allow the years-long state of emergency to come to a close did not go unnoticed by members of Congress close to Egypt.

Yet the sources acknowledged that the package of laws implemented following the end of the state of emergency, which expanded the role of the military in maintaining internal security, raised questions and reservations among those in Congress who are critical of how Egypt approaches rights and freedoms.

The talks are also due to address bilateral economic concerns, the officials said, with Egypt seeking to attract more foreign investment, particularly in clean energy and technology.

Regionally, Egypt’s ongoing efforts to maintain the shaky truce it brokered after the May conflict will be top of the bill, said the officials, while developments in Sudan will also feature, following the military coup carried out by General Abdel Fattah al-Burhan and the Rapid Support Forces. Last week, even the UAE and Saudi Arabia, whose initial responses to the October 25 power grab were ambiguous, joined the US in pushing for the coup to be reversed and for a return to a military-civilian power sharing agreement. Yet Cairo, with closer ties to Burhan, has not outwardly condemned the coup.

Egypt’s worries about the Grand Ethiopian Renaissance Dam will also be a “major point,” according to the sources, as well as the heightening civil conflict in Ethiopia, in addition to the situation in Lebanon and relations with Syria.

The last time that a strategic dialogue session was held, John Kerry, state secretary under the administration of Barack Obama, met with Shoukry in Cairo in August 2015, while under former US President Donald Trump, US-Egyptian relations were handled mainly on the presidential level. 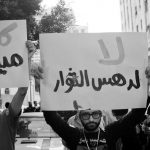 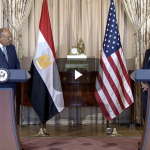