Sisi’s call for religious renewal falls within the regime’s attempt to centralize power in its hands, by creating a top-down version of state sponsored Islam, anchored in conservative social values.

On August 23, 2021, President Sisi, during a television appearance, called for a “re-formulation of understanding religious dogma,” arguing that the current belief system is inherited without proper understanding or critical thinking. This statement is a part of a number of statements made by Sisi since his assumption of the Presidency, in all of which he argues for a renewal of religious discourse to counter extremism and sectarianism.  For example, in September 2019, Sisi argued during the National Youth Conference that the interpretation of some religious texts is regressive and has not advanced for 800 years, which ultimately promotes extremism and religious violence.

On the surface, the call for religious renewal can be interpreted as an attempt by the regime to counter violent religious extremists, as well as reducing the appeal of political Islam and thus weakening the Muslim Brotherhood. However, even if this is partly the motivation, the primary motives of the regime are markedly more sinister. Namely, the regime aims at creating its own brand of Islam, appropriated by the state and anchored in conservative social values as a tool for social control. This policy is based on repressing or co-opting independent religious institutions and thinkers, even if they share the regime’s vision of religious renewal. This is part of the regime relentless drive to centralize political and social power in its hands, inhibiting the development of competing centres of social power.

The main obstacle to the regime’s policy of religious nationalization has been Al-Azhar and its head, Sheikh Ahmed El-Tayeb. Friction between El-Tayeb and the regime started early on when El-Tayeb was one of the few prominent figures to criticize the violent dispersals of the Rab’aa and Nahad sit-ins in 2013. This was later followed by a public dispute between Sisi and Al-Azhar, when in February 2017 the former called for a law regulating and limiting the practice of oral divorce, which is permissible under Sharia. In a rare display of public defiance, Al-Azhar issued a statement rebuffing the President and confirming the legitimacy of oral divorce practices. In an indirect rejection of Sisi’s continued calls for religious renewal, El-Tayeb emphasized that renewal should not contradict existing religious heritage.

These acts of public defiance pushed the regime to attempt to limit the independence of Al-Azhar and create more malleable religious institutions: the most serious attempt was launched in July 2020 with the introduction of a law regulating Dar El-Ifta’, the religious institution responsible for issuance of religious interpretations and opinions. The law attempted to transform Dar El-Ifta’ into a competing religious institution vis-à-vis Al-Azhar, mainly by moving it under the jurisdiction of the Ministerial Council and giving the President the power to appoint the Mufti – effectively replacing the existing procedure having the High Ulama Council elect the Mufti.  The law was withdrawn after strong opposition from El-Tayeb as well as the State Council, which stated that the law contradicted Article 7 of the constitution that guarantees the independence of Al-Azhar. In response to the law’s failure to pass, Sisi issued Presidential Decree 338 in August 2021, which stipulated that Dar El-Ifta’ has a “special nature,” based on the definition in Article 21 of the Civil Service Law. This decree allowed Sisi to extend the existing Mufti’s tenure by one year, even though he had already reached retirement age, and it also allows the President bypass Al-Azhar and to directly appoint his successor.

The co-optation of Al-Azhar is coupled with the repression of religious thinkers who ironically share the regime’s stated goal of religious renewal, illustrating the regime’s desire to control and dictate religious discourse. The most notable example is the August 2020 arrest of the Quranic thinker Reda Abdel Rahman under charges of terrorism. Abdel Rahman remains in pre-trial detention. Another example is the imprisonment of prominent religious thinker Islam El-Behairy in July 2016 for one year, after being charged with contempt of religion. The host of a popular television show, El-Behairy objected to traditional religious interpretations and offered new interpretations of Quranic texts and Hadith – arguably a thinker with a modernizing tendency.  Hence again, the real aim of the regime is not religious renewal but the control of religious discourse, as illustrated by its repressive response to possible ideological allies that are not directly controlled and affiliated with the regime.

The regime also embarked on a wider campaign of repression under the guise of protecting “traditional family values,” and has used charges of “contempt of religion” in an attempt to propagate a deeply authoritarian and conservative ethos. This, in turn, ensures social conformity and deference to the state as a protector of these values. For example, in November 2020 a stand-up comedian was arrested and charged with “contempt of religion and threatening traditional family values” after mocking the state-owned Quran radio station, which was unaffiliated with any religious institution. Another incident followed with the arrest of a teacher in Ismailiyah, who was also charged with “contempt of religion” after being accused of insulting the Prophet on social media.

The attempt to impose these deeply conservative values also extends to the policing of women, as illustrated in the case of Haneen Hossam and Mouda el Adham, also known as the Tik Tok girls: both women were sentenced to six and ten years in prison, respectively, in June 2021, after being charged with “human trafficking.” The women were originally arrested and sentenced to two years in jail by a Cairo court in July 2020 after being charged with “endangering traditional family values and public morals,” due to a number of videos appearing of the women dancing on Tik Tok and asking other women to join them for a fee. These incidents were also preceded by a campaign to impose these conservative values on public space through the arrest of those caught eating or drinking in public during Ramadan even though it is not a criminal offense but “an endangerment of public morals.”

Hence, the regime has embarked on a coherent and observable policy of nationalizing religious discourse in an attempt to impose its control over it and use it as a conservative anchor of social stability. This did not only involve the repression and co-optation of opponents and even allies, but was moreover characterized by clear attempts to infuse the regime with a religious aura of legitimacy and place it as a protector of these values. For example, on March 22, 2020 during the Covid-19 pandemic, the call to prayer was followed by a prayer narrated by President Sisi to protect Egypt. This prayer was broadcasted throughout the day, both on private and public stations. In this sense, the notion of Sisi as a religious reformer is misconstrued – rather, Sisi only aims to impose his control over religious discourse, thought, and institutions in a manner that would allow him to shape religious thought for years to come rather than being a genuine reformer. This religious thought is not based on freedom of belief, but rather is one that is deeply conservative, patriarchal, repressive, and most importantly, authoritarian. This would allow the regime an unprecedented level of social control and power, and ultimately usher in a hinderance of the cause of religious renewal for years to come.

Maged Mandour is a political analyst and writes the “Chronicles of the Arab Revolt” column for Open Democracy. 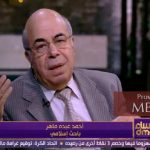 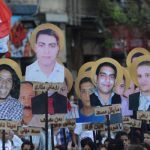 The Transformative Politics and Memory of the Maspero MassacreSelected Opinion