It was 9 October 2011, and an unprecedented event had just occurred in Egypt. I recall checking my social media accounts and seeing a sea of blood on my Facebook wall as images filtered through of a terrible massacre. Our organisation was inundated with enquiries and suggestions about a proposed response following the brutal Maspero Massacre in downtown Cairo, which claimed dozens of lives and left more than 200 injured. The few hours of terror were captured by private media outlets and amateur video.

The heinous attack against Coptic protestors made international headlines for several days, as the Egyptian military—which was ultimately responsible for the attack— blamed unidentified “third parties”.

The Maspero Massacre was the first time that the Egyptian military had attacked Coptic protestors with such force. Some commentators suggested that an enemy at war would not be treated with such brutality. The massacre was a devastating and demoralising event for all Coptic Christians. It was as if the military wanted to teach the Copts a lesson and to get them off the streets.

On 10 October 2011, Nina Shea, the director for the Centre of Religious Freedom, described the Maspero Massacre as follows:

“The real significance of this is that it signals the future treatment of the Christian Coptic community by the state. The military was their last hope in protecting them from lawless forces in society that were religiously motivated to [eradicate] them, namely the Salafis. Now they know they have no protection.

I think we can expect to see a major exodus of Coptic Christians from Egypt. This is a watershed moment. The whole reason they were in the streets was to protest lawless forces. It extinguishes all hope for them. They are utterly vulnerable.”

The US Administration responded to the massacre by calling for “restraint” from both sides, thus equating the Coptic protestors with the powerful (and partly US-backed) Egyptian military. This caused outrage among Copts and sympathisers alike.

The above is an excerpt from ACM’s book ‘Free the Copts’. Today we remember the 10th anniversary of this blatant crime, the martyrs, the injured and their families. It is a painful anniversary for up to 500 people who were injured and the families of the 27 Coptic Christians (all males) who were massacred.

Adding salt to the wound is the fact that despite the ample available evidence no one has been held accountable for this tragedy which was one of the most brutal attacks that has ever taken place against peaceful protestors in living memory. These protestors who were marching for civil rights were armed with nothing more than wooden crosses, religious pictures and Egyptian flags.

The Maspero Massacre was no accident. It was no mistake. There can be no excuses for this crime. It was a brutal and unprecedented attack carried out by radical elements of the Egyptian military police in conjunction with Islamists and the state media at the time. 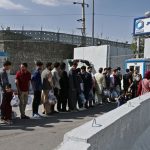 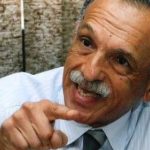