A Nigerian civil society organization estimates that over 3,400 Christians have been killed by extremists since January, a number that nearly surpasses the number of Christian deaths Open Doors USA estimated in Nigeria for all of 2020.

The report comes as global human rights activists continue to raise the alarm about the troubling trend of deadly attacks carried out on communities in the farming-rich Middle Belt of Nigeria by radicalized Fulani herders and the country’s northeast by Islamic extremists.

Intersociety, an organization headed by Christian criminologist Emeka Umeagbalasi, relies on what it deems to be credible local and foreign media reports, government accounts, reports from international rights groups and eyewitness accounts to compile statistical data.

Due to the lack of adequate government record keeping, death tolls reported by media outlets or government are estimates and often are skewed.

The number of Christians killed so far in 2021 is just 68 deaths less than the total deaths of Nigerian Christians for all of last year, which Christian persecution watchdog organization Open Doors reported as 3,530.

Intersociety estimates that Benue state has the highest number of recorded Christian deaths this year, with 450 recorded deaths. Kaduna state was second with 410 Christian deaths, the group noted.

Many have accused the Nigerian government of inadequately responding to protect its citizens.

“The Nigerian Government has continued to face sharp criticisms and strong accusations of culpability and complicity in the killings and supervision of same,” the Intersociety report reads.

Edifi is a transformational app that aggregates thousands of the best Christian podcasts in one place. Cut through the noise and grow your faith by diving into the world’s top Christian podcasts. Find entertainment and inspiration. Download the FREE app today!

“The country’s security forces have so fumbled and compromised that they hardly intervene when the vulnerable Christians are in danger of threats or attacks, but only emerge after such attacks to arrest and frame up the same population threatened or attacked.”

Advocates warn that insurgent groups often experience no accountability for their actions or receive ransoms for kidnappings, though the government denies paying ransom to terrorists.

Nigeria, Africa’s most populous country, is No. 9 on Open Door’s 2021 World Watch List for Christian persecution worldwide due to an “extreme” level of Islamic oppression.

“It is deeply saddening that till date those responsible for the anti Christian butcheries in the country have continued to evade justice and remained unchecked, untracked, uninvestigated and untried; leading to impunity and repeat-atrocities,” Intersociety said in the report.

“The surviving victims and families of the dead victims are also totally abandoned by the Government of Nigeria.”

Jihadi attacks in West Africa have been on the rise since the beginning of 2021, and Nigeria is targeted more than any country in the region, the United States-based Chrisitan persecution watchdog group International Christian Concern reports.

Islamic terrorist groups have killed thousands in the region in recent years as they seek to impose a caliphate and Islamic Sharia law.

“Christians have been specifically targeted and disproportionately been affected by this violence. … The responses by the government are clearly not enough, since perpetrators of such violence are able to continue attacking Christians, and other Nigerians, with impunity,” Illia Djadi, Open Doors senior analyst on freedom of religion and belief in sub-Saharan Africa, said, according to ICC.

The Global Terrorism Index ranks Nigeria as the third country most affected by terrorism in the world. It reports that from 2001 to 2019, over 22,000 were killed by acts of terror.

In December, Nigeria became the first democratic nation to be added to the U.S. State Department’s list of “countries of particular concern” under the International Religious Freedom Act.

Human rights activists have warned that the violence in Nigeria is reaching the standard for genocide.

A commissioner from the U.S. Commission on International and Religious Freedom warned in its 2021 annual report that Nigeria “will move relentlessly toward a Christian genocide” if action is not taken quickly.

“When the world and the U.S. ignored … [the] genocide in Rwanda, hundreds of thousands of people died,” former Rep. Frank Wolf, R-Va., said in a panel discussion on Nigeria earlier this month hosted by the U.S. Commission on International Religious Freedom.

“History is repeating itself,” he added.

Last year, the Nigerian presidency released a statement stating that groups who claim that a religious genocide is occurring in Nigeria are receiving funding from separatists groups, a claim some activist groups have refuted. 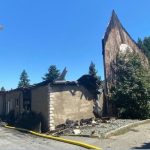 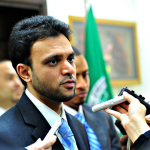