Chaldean Patriarch Cardinal Louis Raphael Sako said on Friday that Christians will not vote in Iraqi parliamentary elections because of concerns over militias and possible fraud, the latest boycott that could cast doubts on the legitimacy of the election.

“I doubt that there will be transparent and fair elections as the ground is not prepared for that. There are militias and political money, so fraud will occur,” Sako said in an interview with Rudaw, adding that he expects the same people will stay in power.

In this environment, he said Christians will not participate in the elections because they are “tired of it.”

“The Christian quota will be hijacked again,” he added.

Iraq will hold parliamentary elections in October, a year ahead of schedule. An early vote was one of the demands of anti-government protesters who took to the streets in 2019. But after assassinations of leading activists, the government’s failure to hold the murderers responsible, and rampant corruption, there have been numerous calls for boycotts.

Some activists and journalists have called for a boycott campaign, saying the elections will be open to fraud and overtaken by militias that operate out of the control of the state.

On Thursday, the head of the largest political bloc in parliament Muqtada al-Sadr announced he was closing down his party, withdrawing his support for the government, and would not participate in the election race.

Many people have urged Sadr to rethink his position.

It is “unimaginable” for the Sadrist movement not to participate in the vote, Prime Minister Mustafa al-Kadhimi tweeted. “We have a historical responsibility to protect Iraq by holding free and fair elections.”

Head of the Hikma movement Ammar al-Hakim also asked Sadr to stay in the race. 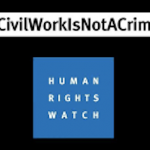 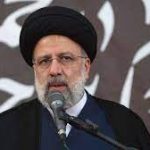