This morning, Egypt lost Onsi Sawiris, head of the Sawiris family and a name widely acknowledged in Egypt as a tycoon who served his country honourably throughout his life.

Born in August 1930, Mr Sawiris passed away weeks before his 91st birthday, following a long battle with illness. He was among the most prominent Egyptian businessmen, having founded the Orascom conglomerate, the various activities of which are run by his three sons: Naguib Sawiris, Samih Sawiris, and Nassef Sawiris, each of them a singular businessman in his own right. They deal in construction, telecommunications and tourism, science and technology and industrial activity.

Onsi Sawiris was born to a Coptic family in Sohag, some 520km south of Cairo. He studied agriculture at Cairo University, a field many sons of landowner families studied at the time. But his interest was more into business; in the 1950s he established, together with a partner, the contracting company Onsi & Lamei which operated in road building and canal digging.

In 1961, Onsi & Lamei Co. was nationalised among the many businesses and industries nationalised by the socialist regime of President Gamal Abdel-Nasser. Five years later, with private business opportunity almost non-existent in Egypt, Mr Sawiris left for Libya where he started a business there. He only resumed work in Egypt in the 1970s when President Anwar al-Sadat opened up Egypt’s economy towards a free market.

In 1976, Mr Sawiris established in Egypt his Orascom for General Contracting and Trade Co., which was later named Orascom for Construction Industries. During the 1980s and 1990s the company expanded into tourism and hotels, computer services, and mobile telephone services, to become one of Egypt’s largest businesses.

Mr Sawiris launched in 2000 the Onsi Sawiris Scholarship Programme which has since then made it possible for more than 80 extraordinary Egyptian men and women to pursue undergraduate and graduate degrees at prestigious colleges and universities in the United States. According to its website, “the aim is to facilitate the academic development and character building of young Egyptians, giving them the tools to develop their careers and hence benefit the communities in which they live.”

Mr Sawiris was famous for his savvy business knowhow, and equally for his honourable ethical practice and warm-hearted caring nature. He leaves behind his widow, Yousriya Loza, a figure well known and widely loved for her activity in development and charity fields; and his sons Naguib, Samih, and Nassef. 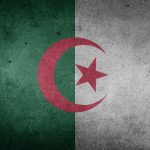 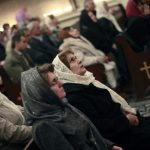