USCIRF concerned about sentences for blasphemy and proselytizing.

“Recent decisions by Algerian courts to sentence Christians accused of blasphemy and proselytizing to multi-year prison sentences and to seal Protestant churches that have been forcibly closed demonstrates the country is headed in the wrong direction,” said USCIRF Chairwoman Nadine Maenza.

“These court decisions are blatant attempts to deny Algerian Christians their right to freedom of religion and belief,” said USCIRF Commissioner Frederick A. Davie. “We encourage U.S. government officials to attend the appeals for these rulings to demonstrate our firm commitment to religious freedom for Christians and all religious minorities in Algeria.”

In its 2021 Annual Report, USCIRF recommended that the State Department designate Algeria for its “Special Watch List” for engaging in or tolerating severe violations of religious freedom pursuant to the International Religious Freedom Act (IRFA).

In 2020, the Pew Research Center said that authorities in Algeria had detained several Christians for violating a ban on proselytizing by non-Muslims. 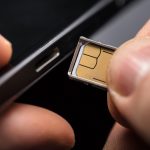 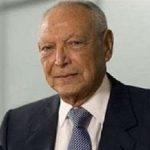