Egyptian parliament’s Legislative and Constitutional Committee met on June 7 to discuss a bill that could give the Supreme Constitutional Court the power to determine if international agreements and court decisions are applicable in Egypt, raising concerns that the country would no longer adhere to its human rights commitments.

The draft law was controversial even within the rubber-stamp parliament, with one lawmaker wondering whether its passage would “alienate us from the world” or lead the country to “reject all international rulings.” Others questioned the Constitutional Court’s authority to overrule binding international decisions.

Conventions that Egypt has joined include the International Covenant on Civil and Political Rights and the Convention on the Elimination of All Forms of Discrimination Against Women. It’s worth noting that Egypt already violates basic human rights on a regular basis, with the State Department’s annual human rights report identifying in 2020 multiple instances of extrajudicial killings, enforced disappearances, arbitrary detention, torture, inhumane prison conditions, and unfair judicial proceedings, as well as severe limitations on freedoms of expression, association, assembly, and the press. 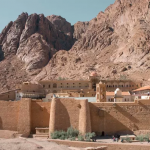