While many states in the Middle East and North Africa seem trapped in a death spiral of despair, the 2019 overthrow of Sudan’s Islamist dictator Omar Al-Bashir has brought hope to that country. But with economic crisis, massacres, government turmoil and international tension, that hope has more than once looked very frail over the past two years. Nevertheless, there has been slow, steady progress in Sudan. An uneasy civilian-military division of power is in place, there is a roadmap towards democratic transition, peace agreements have been signed with several rebel groups, real economic reforms are underway, and much needed changes in the Bashir-era legal system have begun to be implemented. The U.S. took, under President Trump – whatever the reasons – very important steps to help Sudan, removing it from the state sponsors of terrorism list, restoring sovereign immunity, and facilitating access to multilateral lenders.[1]

March 28, 2021 brought additional good news in the signing of a declaration of principles, which is supposed to lead to a peace deal, between Lt.-Gen. Abdel Fattah Al-Burhan, chairman of Sudan’s ruling Sovereignty Council, and the Sudan People’s Liberation Movement-North (SPLM-N) faction in the Nuba Mountains of Southern Kordofan, led by legendary rebel leader Abdul Aziz Al-Hilu.[2]

The Declaration of Principles is a bold document that not only could impact the long-suffering Nuba peoples but the country as a whole. It calls for a secular state with “no official religion” where “freedom of religion, freedom of belief and religious practice” are recognized. Sudan is described as “racially, ethnically, religiously and culturally a diverse state. The principles call for the establishment of a “single professional national army” committed to those secular and pluralistic values, defending a Sudan where power is decentralized in a federal system.[3] Al-Hilu’s demand for a secular state was one reason for a 2017 split of the SPLM-N into rival factions.[4]

The agreement offers hope for settling one of Sudan’s most painful and often forgotten episodes. While the civil war between Muslim North Sudanese and Christian/animist South Sudanese can be said to have defined Sudanese history from before independence in 1956 to the secession of South Sudan in 2011, other wars waged elsewhere. Receiving the bulk of the attention was the conflict in Darfur, but other conflicts simmered in Eastern Sudan, in Blue Nile state, and in the Nuba Mountains.

Persecution of the Nuba (not to be confused with Nubians who live along the Nile in South Egypt and North Sudan ) by Northern Muslims is not new. In the 17th century, the Muslim Fung Kingdom of Sennar would raid into what was then animist Nuba territory for slaves, to be used as soldiers or servants and Islamized. The 19th-century Sudan of the Turks and the Mahdi did the same; slavery was an essential part of the system until the British came. Twentieth-century British colonial administrator Sir Hugh Boustead described Sudan Defense Force recruits he knew as “jet black hillmen from the Nuba Mountains who have a long tradition of soldiering.” He admiringly compared their martial and physical skills to the Gurkhas. During that century, a significant minority of the Nuba converted to Christianity, while some remained animists or nominally Muslims. Theirs was an isolated, tolerant existence.

Sudan’s independence not only brought the expulsion of foreign missionaries but, much more concerning, state sponsored campaigns of Arabization and Islamization focused mainly on Southern Sudanese but also affecting the Nuba. The great Sudanese Islamic reformer Mahmud Muhammad Taha (executed by the Nimeiry regime in 1985 for apostasy) encouraged Nuba resistance led by political figures such as Philip Abbas Ghabush to these ideological campaigns. As Sudan became increasingly Islamist in the 1980s, coercion spread, while existing tribal and farmer-pastoralist rivalries were cynically exploited by Khartoum in an effort to maintain control.

Open warfare burst out in the Nuba Mountains in 1987 and would continue for almost 15 years. Khartoum’s goal was total victory and complete annihilation. A jihad was declared against the Nuba, tens of thousands were killed, and many died of starvation. Slavery, rape, forced relocations, ethnic cleansing and intentional bombing of civilian populations were all used by the regime.[5] Young Nuba were trained to fight back by the (then-leftist, South Sudanese-led) SPLM/SPLA in Ethiopia, and walked or were smuggled back into Nuba territory. Unlike the war in South Sudan, the Nuba were mostly isolated with no friendly foreign borders nearby. Their heroic struggle received even less attention than the larger war in South Sudan.[6]

American pressure on Sudan after the September 11, 2001 attacks led to a ceasefire and eventually to the Comprehensive Peace Agreement (CPA) of 2005 between the Bashir regime and the SPLM. The Nuba received much needed relief but no solutions, as the CPA favored South Sudanese concerns, giving them the right of eventual secession, over the Nuba people of South Kordofan who were given the right to a “popular consultation” towards local autonomy. This consultation was never held.

Even before South Sudan seceded in July 2011, bitter fighting resumed in South Kordofan. Ethnic Nubans in the state’s capital Kadugli were killed by the thousands in a Bashir regime-orchestrated pogrom; some were shot in front of supine UN peacekeepers.[7] Another savage war broke out and Khartoum tried many of the old tactics from the previous 1987-2002 conflict.[8] This time a far better armed SPLM-N was, after the initial regime massacre, able to maintain a stronger military presence on the ground (holding more actual territory than any other Sudanese rebel group), and this time the war and its many atrocities were better documented,[9] and by 2016, an uneasy ceasefire began, lasting until the fall of Bashir.

The SPLM-N Nuba faction led by Al-Hilu welcomed the Sudanese Revolution of 2019, and talks between rebel groups and the new government began later that year. Some important rebel groups made their peace in 2020 with Khartoum. But Abdel Aziz Al-Hilu, concerned about the coercive Islamist heritage of rule from Sudan under the Nimeiry, Sadiq Al-Mahdi, and Bashir regimes held out for more.[10] An ethnic Darfuri born and raised in the Nuba Mountains, Al-Hilu is still moved by the “New Sudan” vision espoused by the late John Garang and Al-Hilu’s Nuban mentor, the late Yusif Kuwa Mekki (1945-2001). It is Kuwa who called for Sudanese to “accept our differences, different beliefs, different cultures. This is what we need and this is what we want.”[11]

Making the just-signed Declaration of Principles into a firm agreement, and carefully implementing it, is the immediate, daunting task at hand. If getting Sudan’s democratic transition right, seeing it through to success in 2022, seemed important before – for the sake of all of Sudanese and of marginalized brutalized people like the Nuba – it is even more important now. Escalation tension regarding the hydropolitics of the Nile Valley and the Great Ethiopian Renaissance Dam (GERD) in 2020 have now been augmented by border clashes between Sudan and Ethiopia and, especially, by a bloody war inside Ethiopia carried out by that country’s government and its Eritrean allies against the Tigrayans. The entire Nile Basin is a tinderbox. Sudan has a myriad of volatile problems, complex and difficult issues, and yet they seem more solvable than the challenges in neighboring Ethiopia and Egypt. Al-Hilu, Burhan, Sudanese Prime Minister Hamdok, regime strongman Hemeti, other former rebel leaders – any or several of these could ensure success or guarantee failure.[12]

There is much that could still go wrong in Sudan, but there seems to be no better time than now for a breakthrough – one that could be transformative both for Sudan and the region.

*Alberto M. Fernandez is Vice President of MEMRI. He was the US Chargé d’affaires in Sudan from June 2007 to May 2009. 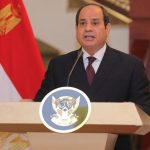 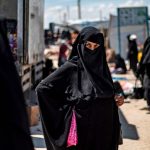 Indoctrinated in Hate: ‘This Is the Start of the New Caliphate’Selected Opinion