“Since coming to Congress I have continuously called for the end to the persecution of Egypt’s Coptic Christians, and have authored and championed this bipartisan resolution the 115th and 116th Congresses. I am proud to be joined by my friend and fellow champion of religious freedom, Representative Cicilline. Despite President el-Sisi’s steps in recent years to promote religious tolerance at the top levels of the Egyptian government, Coptic Christians continue to face persecution and discrimination from their fellow Egyptians throughout Egypt.” said Rep. Hill. “Those attacking Coptic Christians rarely face punishment, and it is long past time for the Egyptian Government end this culture of impunity, release prisoners of conscience and enact legitimate reforms in the public sector, athletics, and society to ensure Coptic Christians are given the same rights and opportunities as all other Egyptians.”

“Our country was founded on the idea that people are free to practice their personal faith. The same should be true for people around the world,” said Rep. Cicilline “Let’s be clear. The persecution of Coptic Christians in Egypt must end. I’m proud to join my friend from Arkansas in introducing this resolution and to continue fighting to advance human rights across the globe.”

Whereas St. Mark brought Christianity to Egypt, where Coptic Christians have been one of the indigenous people of Egypt for over 2,000 years.

Whereas there are over 10,000,000 Copts in Egypt, making the Copts the largest Christian and the largest non-Muslim community in the Middle East;

Whereas Copts and other Christians have been targets of societal aggression resulting in the loss of life, property, and the destruction of churches;

Whereas, in January 2015, President Abdel Fattah el-Sisi was the first Egyptian President in more than 50 years to make an appearance at a Coptic Christian Christmas liturgy;

Whereas, in August 2016, Egypt passed Law 80 to streamline the church construction process;

Whereas, as of January 2021, according to the United States Commission on International Religious Freedom, of the approximately 5,500 unlicensed churches and religious buildings awaiting legalization, authorities have conditionally recognized approximately 1,800;

Whereas Coptic Christians face discrimination in Egypt’s public-sector employment, including the police force, armed services, education, the judiciary, and the foreign service;

Whereas Coptic Christians face discrimination in Egypt’s athletics, including the Egyptian Olympic team, on the national, reserve, and youth football teams, and in the Egyptian premier soccer league;

Whereas Egyptian Government officials frequently participate in informal reconciliation sessions to address incidents of sectarian violence or tension, saying that such sessions prevented further violence; Whereas according to human rights groups, the reconciliation sessions have regularly led to outcomes unfavorable to religious minorities and precluded recourse to the judicial system by such minorities; Whereas civil society institutions, women’s rights organizations, non-governmental organizations (both national and foreign) have been shut down or their activities severely curtailed;

Whereas journalists, thinkers, and dissenters, such as Ramy Kamel and Patrick Zaki, have been imprisoned indefinitely, detained without trial, or are subject to a revolving door of arrest, interrogation, pretrial detention, and renewal hearings at which many prisoners have their detentions automatically renewed (for months or even years) without evidence, and re-arrest after release orders have been given;

Whereas United States diplomatic leadership contributes meaningfully and materially to the international protection of religious minorities and their faith-based practices and places of worship; Whereas the United States has a strong interest in combatting the threat of Islamic terrorism and ensuring the stability of the region; and Whereas religious freedom and human rights are essential cornerstones of democracy that promote respect for individual liberty and contribute to greater stability and are priority values for the United States in promoting its engagement with other countries: Now, therefore, be it

Resolved, That the House of Representatives—

(1) acknowledges the central and historic importance of the United States-Egypt partnership in advancing the common interests of both countries;

(2) appreciates Egypt’s regional role as a partner in the fight against terrorism and violent extremism;

(4) urges the Government of Egypt to complete the process of church certification as initiated by the 2016 law;

(6) urges the Government of Egypt to remove religious affiliation from national identification cards;

(7) urges the Government of Egypt to enact serious and legitimate reforms in the public sector, athletics, and society to ensure Coptic Christians are given the same rights and opportunities as all other Egyptian citizens; and

(8) urges the Government of Egypt to take additional steps to end the culture of impunity for attacks on Christians, to continue to undertake the arrest, prosecution, and conviction of individuals who carry out attacks on Copts and other Christians in Egypt, and to hold accountable Government officials who fail to enforce the law. 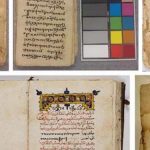 Story behind Egypt retrieving 5,000 artefacts from the Bible Museum in Washington DCNews & Reports 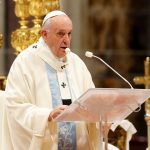 Pope Francis: Christians killed in Libya in 2015 were ‘witnesses of Jesus’News & Reports