The arrest of the administrative manager of the Egyptian Initiative for Personal Rights (EIPR), a flagship human rights organization, on Sunday night was a direct response by authorities to a meeting held at the group’s office earlier this month with various European diplomats and ambassadors to discuss the human rights situation in Egypt, according to the group’s executive director, Gasser Abdel Razek.

Abdel Razek expressed his shock that “a security force would feel threatened by a meeting with ambassadors,” especially since the diplomats were representatives of states with good relationships with Egypt, such as France, the UK and Germany.

Security forces arrested Mohamed Basheer, the administrative manager of EIPR, from his home just after midnight on Sunday, according to a statement released by EIPR on Sunday night. He was held at a National Security Agency facility for 12 hours, where officers questioned him about the diplomatic meeting, which took place on November 3. He was then taken to State Security Prosecution in Fifth Settlement, where he was questioned about EIPR’s activities, and then ordered detained for 15 days pending investigation on charges of joining a terrorist group, publishing false news, using an internet account to spread false news undermining public security, and funding terrorism.

EIPR publicly posted about the meeting with diplomats, which included representatives from Germany, Belgium, Denmark, Finland, France, Italy, the Netherlands, Spain, Switzerland, Canada, and other countries on its social media pages earlier this month. The discussion focused on human rights in Egypt, according to EIPR.

“The extreme sensitivity displayed in dealing with the visit is the bigger confession of how bad the human rights situation is in Egypt,” Abdel Razek said. “It’s not just bad in terms of quantity but also in quality. We are dealing with new kinds of rights violations which were not present five or 10 years ago.”

Last February, security forces arrested Patrick George Zaki, an EIPR gender rights researcher, on a visit to Egypt from Italy, where he was studying. He remains in custody, held on pretrial detention.

Since President Abdel Fattah al-Sisi took power, local researchers and advocates say, human rights work has become significantly more dangerous. Independent rights groups have documented the arrest and forced exile of many lawyers, researchers and activists. A number of civil society organizations have closed down or relocated outside the country.

Many of Egypt’s leading human rights organizations have been targeted in a years-long criminal case (Case 173/2011) accusing them of illegally receiving foreign funding. A number of leading human right advocates have been banned from travel and had their assets frozen for the past several years as part of the case. 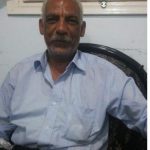 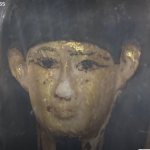