By Lord Alton of Liverpool

“According to the Movement for Solidarity and Peace (MSP), a human rights organization in Pakistan, around 1,000 Christian and Hindu women and girls, usually between the ages of 12 and 25, are kidnapped each year, forced to convert and marry Muslim men. The disappearing women and girls.

Among the disappearing women and girls there is Huma Younus who was abducted from her parents’ home in Karachi on 10 October 2019. Born on 22 May 2005,  Huma was 14 years of age at the time of the alleged abduction. As Aid to the Church in Need reports, “judges [in the case] ruled that, as per Shari‘a law, even if Huma was a minor, the marriage between her and her alleged abductor would be valid as she had already had her first menstrual cycle.”  Despite attempts to get her back, she is still with her perpetrator. Now pregnant.

Among the disappearing women and girls there is Myra Shehbaz, a 14 year old Christian girl who at the end of April 2020 was reportedly abducted and forced to marry in Faisalabad, Punjab. Her parents tried to get her back but unsuccessfully. The Lahore High Court has recently overturned the verdict of a Sessions Court in Faisalabad which had directed that Myra be rehabilitated in a woman’s shelter and ordered that the 14-year-old girl should be returned to her abductor. From what we know, Myra has since escaped her abductor. However, this does not mean that she will have a normal life. There are still challenges she will face.

Among the disappearing women and girls there is Pumy Muskan, another teenage girl forcibly converted and forcibly married. In this case, after a lengthy legal battle, the Lahore High Court decided that  Pumy’s conversion was not valid and ordered her return home. The court said that “Pumy Muskan is barely 14 years old. As she is not sui juris she lacks legal capacity to change religion on her own. However, the question of faith being a matter of heart and one’s conviction, no Court can declare her conversion invalid or void. It can only refuse to recognize or give effect to it for certain legal purposes. The Petitioner being the lawful guardian of Pumy Muskan is entitled to her custody. There is no reason to deprive her of that right.” However, despite this success, Pumy was not able to return back to normal life. Her conversion to Islam was being seen by many as valid, and her return home and return to Christianity as apostasy – and as such, Pumy faced threats. Ultimately, she had to flee Pakistan as she was not safe there.
These are just three stories of three teenage girls out of thousands who have been abducted, forcibly converted and forcibly married in Pakistan in recent years.
Because of this issue that continues to be neglected, the APPG on Pakistani Minorities, in cooperation with other APPGs and experts, will be producing a report on the Disappearing Women and Girls in Pakistan.  We want to add the names and faces to the statistics we often hear, shed light on their stories and show how the law, the legal system and the society have abandoned them, leaving without any other option but to accept the fate that was imposed upon them by the abductors. “ 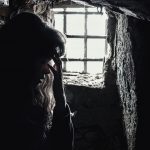 An “Unimaginable Nightmare”: The Abduction, Rape, and Forced Conversion of Christian Girls in EgyptNews & Reports 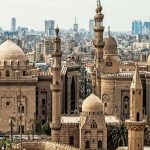