The National Translation Center (NTC) announced controversial new guidelines on Saturday for requests to translate books, including conditions that “the book does not oppose religion, social values, morals and customs.” Books must also be no more than five years old and must be 60 to 500 pages in length.

The move sparked widespread criticism with professional writers and translators denouncing the new rules as a form of censorship and pointing to the broad subjectivity in defining social values and morals. The Ministry of Culture-run center translates foreign language books into Arabic.

NTC head Ola Adel, whose term ended on Monday, defended the new guidelines in comments to Mada Masr. She denied that the rules entail any “repression of thought” and said that  the “mistake was to share the selection guidelines with people.” The statement, which was originally published by the center on its official Facebook page on Saturday, has since been removed.

Adel claimed that the new conditions came after months of feedback from readers and translators and added that the center had already refused publications that disparaged religion. In a clarification, the center also indicated in a statement on Sunday that they had already rejected translation requests of books that insulted “religious symbols and institutions” and works that “promote homosexuality, perversion, and atheism.”

Writer and novelist Ibrahim Abdel Maguid described the “unfortunate” decision as an act of censorship. “The issue of social values is a subjective one. There is no unified definition of it and there is no law that defines it,” he told Mada Masr. Abdel Maguid also criticized the requirement that only books published within the last five years would be considered saying that important classics would not be translated.

Nevertheless, Adel defended the decision, telling Mada Masr that all publishing houses and literary institutions in the Arab world have their own policies and that the issue was not confined to the center. “There is no repression of creative freedoms,” she said. “There are many publishing houses other than [the NTC] that publish translations. Can any of them publish a book that they know is an insult to religion or a flagrant violation of norms?”

Adel refused to clarify how a publication was determined to be insulting religion or deviating from social norms, saying only that examination committees consider each book separately and inform translators of the reasons for any rejections. Yet she added: “Why should we push a different culture into people’s homes that promotes perversion or that attacks religions symbols? The Danish cartoons [insulting the prophet] were an issue of freedom but it is a kind of blatant transgression that we will not accept.”

Abdel Maguid blasted the notion, saying it would affect the entire industry. “Someone wants to translate a book and submits an abstract. It is approved and he submits the complete translation. Then they find something they don’t approve of so they don’t publish the book and then the translator doesn’t get paid! Will someone go and read all the books in their original language before agreeing with the translator? Who is going to read all of this?”

He added: “This is the stereotypical kind of thinking that is going on these days and it is based on fear of the publishing industry. This will unintentionally lead to the closure of the whole translation center project as production diminishes and translators refuse to submit proposals.” 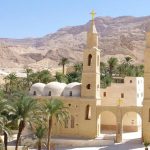 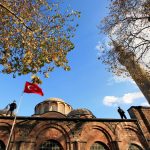