ISTANBUL — President Recep Tayyip Erdogan sealed his long-stated desire to restore the historic Hagia Sophia as a working mosque on Friday, opening the magnificent Byzantine structure built in the sixth century as the world’s largest cathedral to thousands of Muslim worshipers for the first time in nearly nine decades.

Huge crowds began gathering even in the pre-dawn hours around Hagia Sophia, to attend Friday Prayer, a crowning moment for Mr. Erdogan after 18 years at the helm of Turkish politics.

Under heavy police security, worshipers settled on the streets and sidewalks on their rugs, covering their faces with masks against the coronavirus and their heads with makeshift shades against a searing sun. Every cobbled street around the mosque was packed, as well as the open spaces along the length of the ancient hippodrome where Roman chariots once raced.

Mr. Erdogan arrived at noon, wearing a mask, and sat on the mosque floor, head bowed and eyes closed, listening to the melodic recitation of the Quran, which was carried live on national television. At 1 p.m., the crowd fell silent and knelt in unison, as the head mufti, his hands clasped on the hilt of the sword of conquest, gave his sermon.

“This is a festival for us today, we are so happy,” said Selahattin Yigiter, a retired businessman who was sitting with his wife on a prayer mat on the sidewalk below the nearly 1,500-year-old building. “With the pressure of Muslim people it is reconverted.”

But the atmosphere of celebration among the Muslim faithful in Turkey contrasted with the angst and dismay Mr. Erdogan’s decision has generated among Christians around the world and among many in academic and conservation communities.

Built in the sixth century by a Byzantine emperor, Justinian I, Hagia Sophia was for nearly a thousand years the largest church in the world and the center of Christendom. In 1453, the Ottoman sultan Mehmed II conquered Constantinople and converted the majestic building into a mosque: It became one of Islam’s holiest sites.

Figurative art in Hagia Sophia has been concealed for its reopening as a mosque, including this famous Virgin and Child mosaic.Credit…Ozan Kose/Agence France-Presse — Getty Images

Under Mustafa Kemal Ataturk, who founded the modern Turkish republic, Hagia Sophia was turned into a museum and all religious services ended. For the past 86 years, it has stood as a monument to the competing empires and religions whose histories had melded, sometimes awkwardly, at the World Heritage site.

Just hours before the event, the government announced that the entire World Heritage site, which encompasses several nearby historic buildings, would be closed for ordinary business for 24 hours, bemusing some international tourists caught unawares.

But Hagia Sophia would stay open all night through to Saturday morning to allow the faithful the chance to pray inside the mosque, Ali Yerlikaya, the governor of Istanbul, said in a televised news briefing on the eve of the event.

Many in Turkey see the move as pure political theater, part of Mr. Erdogan’s effort to buoy his political standing, which has wobbled after nearly two decades atop Turkish politics and as the pandemic further set back an already shaky economy.

The leader of the main opposition party, Kemal Kilicdaroglu, said he would not be attending the opening not because he was opposed to the conversion, but because did not believe in making a display of praying before television cameras. When leading a march for justice across the country three years ago, he had prayed privately in a mosque without cameras, he pointed out.

“It is all symbolism and optics,” said Soner Cagaptay, a fellow and the director of the Turkish Research Program at the Washington Institute for Near East Policy. “Restoring Hagia Sophia as a mosque is a long-stated goal of the Islamists. It is something he has always believed in,” Mr. Cagaptay added, referring to Mr. Erdogan, “and he wants to do it before he is gone.”

Mr. Erdogan’s long tenure in power has been marked by an assertive foreign policy abroad and megaprojects at home, including large mosques at prominent sites, designed to evoke the glory days of the old Ottoman Empire. Restoring Hagia Sophia as a mosque is a capstone of his reign, Mr. Cagaptay said.

According to one media report, Mr. Erdogan let it be known that he did not sleep all night after signing the decree to restore its status as a mosque such was his emotion.

There was no doubt that Mr. Erdogan and many conservative Muslims and Turkish nationalists were thrilled by the decision.

Muzaffer Demir, a hotel manager who had traveled from the capital, Ankara, with his wife and 13-year-old daughter to be present, described his emotions at the occasion as “excitement, happiness and tears.”

Mr. Erdogan visited Hagia Sophia twice to oversee preparations, posing for photos, the second time on Thursday evening with his wife, Emine, in front of white drapery that has been suspended in the apse to conceal one of the famous mosaics, depicting the Virgin and Child.

But as the decision has become reality, and work has gone apace to prepare for a grand reopening ceremony, including the covering of the marble floor and the figurative medieval mosaics, dismay has rippled across cultural and academic circles around the globe.

In one of the strongest protests, the Italian Association for Byzantine Studies, headed by Antonio Rigo at the Ca’ Foscari University of Venice, warned that turning Hagia Sophia into a working mosque in today’s Turkey would mean confining the monument to abuse and suffocation.

“Hagia Sophia is not merely a monument, but a rich and inexhaustible source of historical knowledge, a document open to investigation,” the association said in an open letter. “Through its reversion back into a place of worship, with all the inevitable alterations this entails — it was destined to become closed and silent,” it said.

Turkey was already conducting a slow but systematic effort to cover up its Byzantine past by making alterations in half a dozen Byzantine churches restored into mosques around the country, the association said.

It deplored what it said was an “egregious display of intolerance and ideological narrowness” from Mr. Erdogan and condemned what it described as exaltation of the violence of conquest.

The association appealed to scholars and “members of humanity” to take a stand and prevent an “act of abuse against all peoples of the world and against their hopes for reconciliation and peace.”

Art historians lamented the covering of the basilica’s floor, famous for its variety of colored and patterned marbles, which are laid in geometric or symmetrical designs and act as important ritualistic or imperial markers, including of the place where emperors were crowned.

A 2,000 square meter turquoise wool carpet, specially woven for Hagia Sophia, has been laid over half of the floor inside the mosque, with extra layers of felt to fill in the unevenness of the centuries-old marble flagstones. Television footage of the interior seemed to show one of the most important spots — that where emperors were crowned — remained exposed.

Mehmed II, when he conquered Constantinople, was impressed by the grandeur of the building and took care to preserve it, both Islamists and academics concur.

“In Hagia Sophia, whose dome stands as though suspended from the heavens, emperors were crowned; in Hagia Sophia, the splendor of the Orthodox liturgy led to the conversion of the Russian people; in Hagia Sophia, on the morning of May 29, 1453, the terrified people gathered for one last, desperate prayer,” the association wrote.

“The conqueror was amazed by the magnificence of the building — so much so that, according to our sources, he struck a soldier who, blinded with fanaticism, was shattering the marble floor.”

But Turks who gathered to celebrate the reopening of the Great Mosque of Ayasofya, as it is known in Turkey, on Friday were adamant that the building rightly belonged to Muslims.

“Ayasofya is reconquered,” Mr. Demir, the hotel manager, said. Turkey’s Muslims had taken back what was theirs, his wife added.

Mr. Yigiter, the retired businessman, commended Mr. Erdogan’s bravery in taking a stand and ignoring international opprobrium. Supporters of Mr. Erdogan also acknowledged they had needed the decision to boost their morale after losing Istanbul in mayoral elections last year.

“It is something we were waiting for, for years,” said Dilek Aydin, a schoolteacher with her 16-year-old daughter. “We are the leader of the world, we proved that. We slammed our first on the table.”

Members of the tiny Greek community, which numbers only 1,800 today in Turkey, were anxious about where the Hagia Sophia decision would lead, said Mihail Vasiliadis, editor in chief of the Greek-language daily Apoyevmatini.

The older ones, including himself, are survivors of pogroms against the Greek community in 1955 and most are fearful, he said. “They hesitate to speak their thoughts and if they are sad religiously they are not in a state to identify that.’’

Turkey’s minorities have felt a shift in the mood in the country in recent years since Mr. Erdogan allied himself with the main nationalist party, said Yetvart Danzikyan, editor in chief of Agos, an Armenian newspaper based in Istanbul.

“Many people believe that this is the result of the Islamization and nationalization of politics in the last five years,” he said, “and they find this concerning.” 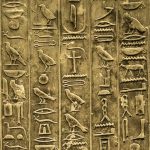 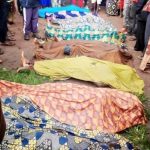