In a July 15 press release, Google announced the launch of a new tool that uses artificial intelligence to decipher Egyptian hieroglyphs and translate them into Arabic and English.

Google said that the tool, dubbed Fabricius, provides an interactive experience for people from all over the world to learn about hieroglyphics, in addition to supporting and facilitating the efforts of Egyptologists and raising awareness about the history and heritage of ancient Egyptian civilization.

“We are very excited to be launching this new tool that can make it easier to access and learn about the rich culture of ancient Egypt. For over a decade, Google has been capturing imagery of cultural and historical landmarks across the region,” Chance Coughenour, program manager at Google Arts and Culture, said in the statement.

Fabricius is available for free on the Google Arts and Culture platform, which encourages users to learn about arts, heritage and cultural landmarks from over 2,000 cultural institutions around the world. Anyone can interact with and explore these landmarks and treasures through virtual or augmented reality technologies, in addition to high-quality images and other interactive experiences.

Google explained that the tool seeks to facilitate the process of collecting, indexing and understanding the hieroglyphic symbols using machine learning, as well as help Egyptologists in translating hieroglyphics into English and Arabic. It also provides an opportunity for people around the world to write and share letters written in hieroglyphics.

Hieroglyphs appear in one of the writing systems of the ancient Egyptians. They were used in temples and tombs along with other forms of writing such as hieratic, demotic and Coptic. Hieroglyphic symbols remained mysterious in the modern era until the Rosetta Stone was deciphered by French scholar Jean-François Champollion in August 1799, opening up ancient Egyptian history.

In a July 15 BBC report, Roland Enmarch, a senior lecturer in Egyptology at the University of Liverpool, said of Fabricius, “While impressive, it is not yet at the point where it replaces the need for a highly trained expert in reading ancient inscriptions,” adding, “There remain some very big obstacles to reading hieroglyphs, because they are handcrafted and vary enormously over time in level of pictorial detail and between individual carvers/painters.”

Alaa Shaheen, former dean of the Faculty of Archeology at Cairo University, told Al-Monitor over the phone, “This is a good idea, provided that the translation from hieroglyphic to English is done professionally, without any misrepresentation.”

He added, “Hieroglyphics is not a language in itself, but it is a form of calligraphy expressing the ancient Egyptian language that was used by senior statesmen along with other forms such as hieratic and demotic that were used by the common people. The Google tool will draw attention to the ancient Egyptian civilization and help introduce it to the world, as it encourages others from different countries to appreciate ancient Egyptian texts.”

Shaheen went on, “Although there is no objection to using technology to introduce ordinary people to this language, it cannot replace scholars specializing in deciphering ancient Egyptian languages.” He further pointed out that Egyptologists still face difficulties in interpreting some texts due to environmental factors and incomplete artifacts that require substantial research.

Bassam al-Shammaa, a tour guide and an author specialized in Egyptology, told Al-Monitor over the phone, “Launching such a tool and Google’s interest in hieroglyphics is a historical step.”

He added, “Some websites already offer translation services from hieroglyphics to several languages, including Arabic, but Google will have a special advantage, as it is the largest search engine used by millions of people around the world, and it will urge many to use the tool and experiment out of curiosity.”

He noted, “This tool will make a difference for people who are not specialists but rather have basic hieroglyphic knowledge such as tour guides.”

In 2015, the Bibliotheca Alexandrina, affiliated with the Egyptian government, launched the “Hieroglyphic Step by Step” website to teach the ancient Egyptian writing system, targeting university students and interested others. The website also hosts scientific texts in both Arabic And English.

Shammaa continued, “Providing an audio service along with translation to help users properly pronounce translated hieroglyphs and not just write them would be a beneficial addition to [Google’s] tool.”

He added, “Translating hieroglyphs could serve as a gateway for translating … hieratic and demotic, which are also writing systems of the ancient Egyptian language, as well as the Nubian language, which was used in Egypt’s far south as code during the war between Egypt and Israel in 1973.”

Shammaa noted, “The secrets of civilizations lie in the deep, dark webs of their languages.” 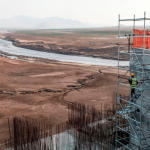 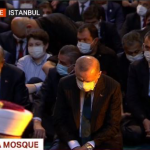