For decades religious freedom has been treated as the unwanted stepchild in the human-rights side of U.S. foreign policy. But in a rare ray of light this dark spring, America’s defining right has been recognized at the highest level as a “moral and national security imperative.” This is more than a symbolic gesture.

On June 2 President Trump signed an executive order that declares support for religious freedom a foreign policy “priority.” It mandates that “the United States will respect and vigorously promote this freedom” abroad. It has been a long journey to this point.

The State Department’s Bureau of Democracy, Human Rights and Labor was created in 1977 to help advance individual liberty and democratic freedoms around the world. The U.S. had pledged to do so since 1948, when it backed the Universal Declaration of Human Rights. Technically religious freedom was covered along with other fundamental rights in the bureau’s mandate.

In reality, many officials saw religious freedom as irrelevant—neither universal nor inalienable. In a 1997 speech at Catholic University, Secretary of State Madeleine Albrightdismissed calls to press for religious freedom. Speaking in the context of Sudan’s mass killing, rape and deportation of religious minorities, Ms. Albright said, “We must also take into account the perspectives and values of others.” U.S. officials often vociferously protested the torture and imprisonment of journalists, lawyers and political dissidents. But Washington’s record on standing up for religious believers was spottier.

A broad, faith-based movement—incensed that reports of religious persecution were habitually ignored by the American foreign-policy establishment—successfully lobbied for the International Religious Freedom Act of 1998. The IRFA institutionalized concern for religious freedom. It established a new office and the post of ambassador-at-large, along with an independent bipartisan commission to recommend policies. The legislation mandated State publish an annual report that identifies the world’s worst persecutors of religious freedom. A 2016 bill empowered the ambassador-at-large to report directly to the secretary of state.

Greater awareness has led to results. Many of the persecuted draw courage and receive better treatment because they are not forgotten. Some were even freed from prison, with several high-profile cases in recent years. American Pastor Andrew Brunson, detained on false charges in Turkey for more than two years, finally was released in 2018, in large part thanks to help from the Commission on International Religious Freedom.

But problems persisted. Washington didn’t begin directing humanitarian aid in Iraq to the Christian and Yazidi communities until 2018—four years after Islamic State destroyed their towns and two years after State officially designated them victims of genocide. The effort to overcome the bureaucratic inertia that slowed aid was considered Vice President Mike Pence’s pet project—essentially recognition that it wouldn’t have happened if not for his special interest and specific direction.

There’s always more to do, but the Trump administration has elevated the cause of international religious freedom since the president came into office. The 2017 U.S. National Security Strategy cited violent attacks on religious minorities. In a notable first, the document promised to “place a priority on protecting” such groups.

The recent executive order, which applies beyond the Middle East and religious minorities, ensures the NSS pledge will become operational. For example, Nigeria is on the IRFA “special watch list” and will automatically be given priority through a selection of diplomatic tools—from assistance for rights defenders to help improving security for targeted houses of worship and villages. China, a “country of particular concern” because it suppresses all religions, will receive similar treatment.

The secretary of state, U.S. Agency for International Development and U.S. embassies around the world must produce specific plans to advance religious freedom. They also will carry out educational training in international religious freedom for the Foreign Service and other federal employees. Another important provision appears to take aim at America’s previously unconscionable negligence in Iraq by mandating “foreign assistance programs shall ensure that faith-based and religious entities, including eligible entities in foreign countries, are not discriminated against.”

The order puts teeth in IRFA’s listing of severe persecutors by directing the secretaries of state and Treasury to prioritize economic sanctions and visa denials to pressure offending individuals in those countries. It allocates $50 million for new programs to protect religious communities and their culture.

Religious freedom remains a salient foreign-policy issue for a simple reason: Billions of people are religious, and many are persecuted. The U.S. has taken an important step toward ensuring it always stands with them.

Ms. Shea, a senior fellow at the Hudson Institute, served on the U.S. Commission on International Religious Freedom (1999-2012). 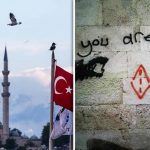 “You Are Finished!”: Turkey’s Growing War on ChristiansSelected Opinion 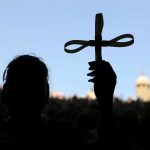