The US Commission on International Religious Freedom (USCIRF) released its annual report on April 28 which monitors significant changes in religious freedom during 2019. Each year, Coptic Solidarity reviews the USCIRF report and publishes an assessment of the report including areas of agreement, constructive criticism, and recommendations for future reports. The USCIRF made some significant changes to their report this year including:

The majority of the Egypt chapter contains accurate and informative information regarding the state of religious freedom in Egypt. Coptic Solidarity appreciates the tireless efforts made by USCIRF staff to produce this important annual resource and successfully improving it each year. Positive points of interest include:

“ Based on previous experience, CS defers judgement on this as an improvement until action has transpired. Also, the USCIRF report fails to mention the duality of education systems whereby Al-Azhar provides a parallel system, from Kindergarten to Ph.D., for over two million pupils and students who are by definition Muslims only. This divisive system (financed by all taxpayers including non-Muslims) offers hate-filled curricula that can only breed extremism, foster societal divisiveness and violence, and produce future terrorists.”

CS was prescient in our assessment two years ago and the points remain as valid today as they did when made.

“At the very least, a law regulating the construction of houses of worship should treat all citizens equally regardless of religion and make no distinctions between religions. A special law to regulate the construction of churches already sends a discriminatory message that the state distinguishes Christian citizens from Muslim citizens. While the state permits the construction of mosques based on compliance with building codes and subordination to the Ministry of Endowments, it imposes additional conditions on churches, most significantly the need to obtain a permit from the competent governor approving the practice of religious rites at a specific location.

This year, the USCIRF report noted that at least 25 churches and church-related facilities have been closed in 2019 with only one being reopened in January 2020. It also recorded that just over 25% of existing churches had received approvals (1,412 of the 5,515 in process) despite assurances in the original law that all existing churches would have automatic approval.  Now in 2020,  a mere 200 church properties have final approvals whereas the remainder still have to fulfill, often onerous conditions, that are not placed on Muslim places of worship. Moreover, the report notes that the few new church permits have been granted in new construction zones, but not in the existing communities that still lack houses of worship.

Doubtless there is room for disagreement on what constitutes “egregious” violations, but it is worth noting that the USCIRF did not believe Egypt qualified during previous years with more anti-Christian mob violence, multiple bombing attacks on churches, and individual murders such as occurred in el-Arish in 2016. This begs the question, what WOULD qualify as egregious religious freedom violations in Egypt?

While some maintain that “egregious” primarily indicates large scale violent crimes such as mass incarceration and murder of religious minorities, individual Copts often share that it is the daily grind of discrimination, threats and attacks against their persons and properties by Muslims, and the pervasive threat of imprisonment for any perceived slight towards the current government, or even voicing criticism or openly advocating for equal citizenship rights, that is what drives many of those with resources to flee the country. How does this compare to a country such as Nigeria (CPC), in which thousands of Christians have been slaughtered in recent years, yet Christians in the majority of the country have equal citizenship rights and can rise to positions of influence? 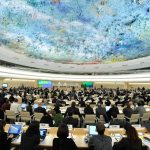 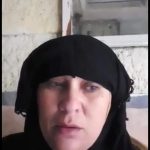