On Wednesday afternoon, rights activist Mona Seif headed to the Cabinet building in downtown Cairo with her mother, academic Laila Soueif, and her aunt, author Ahdaf Soueif, along with political science professor Rabab al-Mahdi. When they reached the building, they raised signs demanding serious action to protect inmates in Egyptian prisons from the COVID-19 pandemic, or that they are released. Laila Soueif, 64, and Seif, 34, wore medical masks. In a matter of minutes, security forces arrested the four women and took them to the nearby Qasr al-Nil police station, and from there to the Qasr al-Nil prosecutor’s office, where they were charged with inciting protest and spreading false news.

Seif, Mahdi and Ahdaf Soueif were released on bail of LE5,000 each the next day. Laila Soueif, who was also ordered released on bail with the others, was instead taken to the State Security Prosecution office in Fifth Settlement for questioning for several hours. She was added to another case and released later on Thursday evening on LE3,000 bail.

“We have no news of Alaa,” Seif told Mada Masr a few hours before her arrest, referring to her brother, political activist and writer Alaa Abd El Fattah, who has written a number of articles about prison conditions for this site. “The last visit was the first Wednesday in March. Last Wednesday, we went on visiting day and they took everything from us — money for prison credit, food, cleaning supplies — but we don’t know if everything made it in. They’re isolated, so we have no way of knowing about the health and food situation inside.”

A prominent activist and writer, Abd El Fattah is being held in the Maximum Security Prison 2 at Tora Prison Complex. He was arrested on September 29 while leaving the Doqqi police station, where he was spending 12 hours each night, from 6 pm to 6 am, as part of a five-year probation sentence following his release after a five-year prison sentence in connection with demonstrations in 2014.

The novel coronavirus first made news in December 2019, when it appeared in the city of Wuhan, the capital of the central Chinese province of Hubei. Over the past three months, the coronavirus has infected nearly 250,000 people and killed over 10,000 across 181 countries around the world and has been declared a pandemic by the World Health Organization (WHO).

Since the virus first reached Egypt in February, the number of confirmed cases has risen to 256, including seven deaths. Over the past week, the government has taken sweeping measures, including suspending all international flights, closing all schools, canceling large gatherings and shutting most places of social gathering at night, and sharp interest rate cuts to combat COVID-19 and mitigate its economic impact. But in all these government actions, there was no mention of any medical or preventive measures that would be instituted in Egypt’s crowded prisons.

In the only prison-related news, the Supreme Judicial Council, the Public Prosecution and other judicial authorities, decided to postpone all pending cases in Egypt’s court system for two weeks, from mid-March until the end of the month. Then March 9, the Interior Ministry suspended all prison visits for ten days and extended the decision until at least the end of March. On March 19, the ministry announced that it is sanitizing all the prisons.

Seif told Mada Masr that two days after their last visit, specifically on Saturday, the family of rights lawyer Mohamed al-Baqer — a rights lawyer who was detained while defending Abd El Fattah at a State Security Prosecution hearing in September — brought cleaning supplies for Baqer, but the prison administration refused to admit them.

“Some families were able to get cleaning supplies into the Maximum Security Prison. Other families could not get things into Tora Investigation Prison. At the Tora compound’s intake prison, sometimes they get things in, and sometimes not,” Seif says. “The prisons are in disarray. There are no clear directives for how to deal with the virus other than the visit ban.”

“On Sunday, when we took things to the prison, they wouldn’t let food in out of fear of contagion, but they told us we could bring cleaning supplies like alcohol, Dettol, bleach and masks,” Hozaifa Abdel Moneim Abouel Fotouh told Mada Masr. Her father, the former presidential candidate and head of the Strong Egypt Party, Abdel Moneim Abouel Fotouh, has been held at Tora Farm Prison since February 2018 on charges of leading a terrorist group and spreading false news. The elderly Abouel Fotouh suffers from numerous health ailments, including respiratory problems.

Alaa Ghanam, the health officer at the Egyptian Initiative for Personal Rights (EIPR), told Mada Masr that if COVID-19 made it into the prison system, it would be catastrophic. Prisons need additional preventive measures, he says.

“There is a danger in any crowded place, like schools,” Ghanam adds. “They should be doing the same kind of sanitization and testing of prisoners [as outside], but the only decision taken has been to ban visits, as if prisoners are immune somehow.”

Magda Adli, a doctor with the Al-Nadeem Center for Rehabilitation of Victims of Violence and an activist for prison health conditions, told Mada Masr: “There is extreme overcrowding and very poor ventilation. People sleep propped on their sides and sometimes sleep in shifts because of the crowding. The food is bad too, especially when visits are banned. This is on top of the risk to elderly and sick prisoners and the lack of healthcare and testing capabilities inside prisons.”

In 2015, a report from the National Council for Human Rights said that detention facilities face “alarming concentrations of defendants.” According to the report, prisons were operating at 160 percent of their holding capacity and police stations at nearly 300 percent. A report issued by the EIPR in March 2016 pointed to the unprecedented deterioration of prison infrastructure and the absence of health care. “Inmates lack the most basic means for a healthy, sanitary existence,” the report said. “At the same time, they and their visitors are subject to mistreatment, and visitors are not permitted to bring clothing, bedding, and food for them from outside the prison, although what prisons provide to inmates is inadequate. In some cases, conditions are akin to those of the Middle Ages.”

Adil says that prisoners: “are vulnerable to high rates of infection if anyone transmits the illness. The virus could then spread to prison guards, prison police, courts, prosecutors’ offices, and lawyers. We’re vulnerable to a viral outbreak in prisons, and it will spread outside prisons if there is no intervention.” Adli echoes the demands for the immediate release of all people awaiting trial as well as prisoners who have served half their sentence, elderly prisoners, and prisoners with chronic illnesses. This would reduce crowding, after which prisons should be routinely sanitized, he says.

“The people who are in prisons that we’re just going to let die of disease — does the state consider them citizens who deserve care?” Adli asks.

Richard Brennan, the acting Regional Emergency Director for WHO’s Regional Office for the Eastern Mediterranean, responded to a question from Mada Masr about the WHO’s recommendations to protect prisoners in Egypt from COVID-19. The WHO is concerned about any crowded place, he said, and it, therefore, stresses the importance of social distancing, separating beds, and the need to maintain a distance of at least one or two meters between inmates. He also stressed the need for strict personal hygiene and handwashing, recommending that prisoners be notified of these rules and assisted in following them.

These fears have spurred several demands from activists, rights defenders, and prisoners’ families.

In a statement issued on Tuesday, the Arabic Network for Human Rights Information called on the public prosecutor to use his authority to release prisoners of conscience held in pretrial detention“as part of the Egyptian state’s efforts to limit the spread of the coronavirus.” The statement urged for the application of “Article 201 of the Criminal Procedure Code, which allows the replacement of pretrial detention with other preventive measures,” alongside the suspension of prison visits and court hearings.

The Egyptian Organization for Human Rights demanded on Sunday that President Abd al-Fattah al-Sisi intervene to prevent COVID-19 from spreading in the country’s prisons by offering conditional release to prisoners who have served half of their sentence provided they are not implicated in acts of violence.

As for Seif and her family, she says that the principal demand is “the release of political prisoners, the elderly, and people in poor health regardless of whether they are political or ordinary prisoners.”

Abd El Fattah’s lawyers filed on March 17 a petition for his release with the public solicitor citing several grounds, among them the global pandemic. His family also sent a letter to the public prosecutor on Tuesday that was published by his mother, Laila Soueif, on Facebook before her arrest. In the letter, Soueif says that even as the Egyptian authorities had taken measures to limit the spread of contagion, it had done nothing to ease crowding in prisons and detention facilities, given the impossibility of guaranteeing a minimum of acceptable health conditions in normal times “to say nothing of preventing the incidence and spread of the current virus.” The letter says that the situation threatened not only detainees but also those who interact with them and all of society. It demanded “the release of as many detainees as possible to radically reduce numbers and make possible other health measures such as sanitization, regular testing and the isolation of suspected cases.”

“Among the detainees are massive numbers of people held in remand detention who have not yet been referred to trial,” the statement from Abd El Fattah’s family said. “We do not know their exact number because you and those who work under your authority have not, to my knowledge, released any numbers. It is certain, however, that there are thousands, and perhaps tens of thousands of them, including my son, who has been detained for six months, and many others who have been held for up to two years and longer.  All of these people are your personal responsibility, for the decisions to hold them are issued by the Public Prosecution pursuant to its authority under law. The detention orders may be based on investigations by Interior Ministry personnel or may at times, as it is rumored, be subject to the whims of those conventionally called ‘sovereign agencies,’ or perhaps the political leadership, God only knows. I am not talking here about justice, for at this critical juncture, this argument is useless. I am talking about a health catastrophe that it is within your power to avoid, or at least mitigate.”

According to his son, Abouel Fotouh’s lawyers also urged the public prosecutor to release him and many other prisoners in light of the global health crisis.

“We hope releases are granted as part of the government’s proactive decisions, even if they are only temporary or have preventive measures attached to them,” says Hozaifa, his son.

“The best strategy to deal with epidemics is prevention and limiting the spread so that the health care system can handle the burden. Prisoners have been released because of coronavirus in many places in the world.” He added that the current situation is exceptional and is divorced from any political differences. “The virus will not distinguish between a political dissident and a police officer or a judge,” he says. “This requires releasing not only political prisoners but also the most vulnerable groups, like the elderly and sick.”

As part of its containment efforts against the COVID-19 pandemic, the Iranian authorities released 85,000 inmates, including political prisoners, while local authorities in a number of US counties in Ohio and California have also decided to release some prisoners and minimize new arrests. 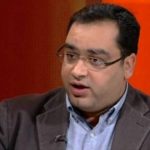 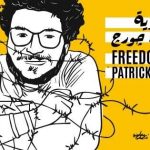