By Archons of the Ecumenical Patriarchate –

The Turkish government consistently shows contempt for the Christian history and heritage of Asia Minor, and particular disrespect for the rights and prerogatives of the Ecumenical Patriarchate, which is still denied property rights and legal identity. Not only the Church of the Holy Savior in Chora, but even the conversion of the Hagia Sophia to a mosque is now being contemplated. It is no surprise that the percentage of Christians in Turkey declined from nearly 25% in 1914 to less than 0.5% today; this has been the result of the actions of the Turkish government against Christianity and the Christian community.

The world’s finest example of Byzantine art— the 14th century frescoes and mosaics of the Chora Church in Istanbul, Turkey— are at risk.

The mosaics— significant not only as art but as liturgical elements to Greek Orthodox Christians who once worshipped in the church before it was converted into a mosque and later a museum— are in the 1,000-year old Church of the Savior in the heart of what was once Constantinople to the Greeks— and now Istanbul to the Turks.

The Church of St Savior in Chora, which was converted into the Kariye Mosque in the early 16th century after the city fell to the Ottoman Turks, was transformed into a museum by the Turkish government in 1945 and opened to the public.

Turkey’s top administrative court ruled last month that the 1945 cabinet decision that transformed the mosque into a museum was unlawful because a mosque “cannot be used except for its essential function”.

Turkey’s President Recep Tayyip Erdogan is expected to implement the court’s decision.
Is Hagia Sophia next?

The move will have repercussions for other monuments from Turkey’s Christian past, especially the Hagia Sophia, Christendom’s greatest cathedral for a millennium before Constantinople’s conquering Ottoman sultan, Mehmed II, claimed it as his imperial mosque in 1453….

Islamists have long prayed for both the Chora Church and the Hagia Sophia to reopen as mosques, arguing that their neutral status is an affront to the Ottoman caliph’s decrees forbidding other uses.

There is an obvious disregard by these same Islamists for the original use of these buildings— as Christian basilicas— before they were transformed into mosques by conquerors.

Both the Hagia Sophia and the Chora Church are listed on Unesco’s World Heritage list, which recognizes the “architectural masterpieces” of the world.

Unesco has warned that changes in status of the city’s historic monuments would undermine their heritage value.

Other Byzantine sites converted into mosques have covered frescos to comply with Islamic tenets prohibiting the use of images. But for much of the Ottoman period, Muslims worshipped at Chora and other former churches in view of the art, says Edhem Eldem, a professor of history at Bogazici University.

Turning Chora into a museum served as a compromise between Muslims and Christians, he says, adding that the current uneasiness around Turkey’s Byzantine heritage is part of the “politics of populism that appeal to basic feelings of ethnic, national and religious identity”.

“The stunning mosaics of Istanbul’s 1,000-year-old Chora Church are at risk—not from vandalism or theft but a legal order to transform the museum back into a mosque,” according to The Art Newspaper. 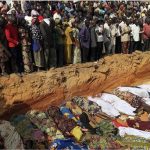