The Senate passed a resolution on Thursday formally recognizing the Ottoman Empire’s genocide against the Armenian people, a move strongly opposed by the Turkish government.

Sen. Bob Menendez (D-N.J.) passed the resolution, which provides “official recognition and remembrance” of the Armenian genocide, by consent.

Under the Senate’s rules any senator can ask to pass a resolution. As long as another senator doesn’t object, the measure will clear the chamber. The Armenian genocide resolution passed the House in a 405-11 vote.The move comes after three GOP senators previously blocked passage of the resolution amid pressure from the White House, which argued that it would undercut negotiations between Washington and Ankara, which vehemently opposes recognizing the killing of 1.5 million Armenians in the early 20th century as genocide.

Sen. Ted Cruz (R-Texas) noted that it was the fourth time that supporters have tried to pass the resolution.

“This is the third week in a row we have come to the Senate floor seeking to pass this resolution, and I’m grateful that today we have succeeded,” Cruz said. “This is a moment of truth that was far too long coming.”

Congress’s passage of the resolution comes as relations between the U.S. and Turkey have been tested in recent months over Turkey’s purchase of a Russian weapons system and its incursion into Syria.

It comes a day after the Senate Foreign Relations Committee passed Turkey sanctions legislation, underscoring the rocky relationship between Capitol Hill and Ankara.

In addition to giving “recognition and remembrance” to the Armenian genocide, the resolution also rejects attempts to “enlist, engage, or otherwise associate” the U.S. government with denial of genocide and “encourage education and public understanding” of it. 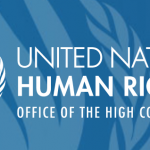 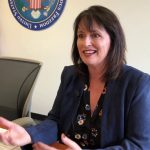