GENEVA (11 December 2019) – UN human rights experts* have called on Egypt to end the arbitrary detention and ill-treatment of Ramy Kamel Saied Salib, who works to defend the human rights of the country’s Coptic Christian minority.

Mr. Ramy Kamel, who had documented attacks on Coptic churches, was arrested, questioned and allegedly tortured on 4 November and 23 November 2019. He is currently in pre-trial detention in the Tora Prison in Cairo on reported charges of membership of a terrorist organisation and use of social media to spread “false news threatening public order”, although neither he nor his lawyers has seen documentation relating to the charges.

Both arrests coincided with Mr Kamel’s application for a Swiss visa so he could speak at the UN Forum on Minority Issues in Geneva on 28 and 29 November 2019. He has interacted with UN human rights mechanisms in the past, particularly regarding the forced displacement of Coptic Christians.

“No person should face intimidation, harassment or reprisals of any sort for participation in or contribution to the work of the UN and its human rights mechanisms,” said the experts.

“Mr. Kamel’s alleged arbitrary detention and torture fall into a pattern of raids, arrests and travel bans against human rights defenders, journalists, dissidents and their family members. Individuals who have cooperated or tried to cooperate with UN human rights mechanisms have been repeatedly the target of reprisals.

“We also deeply regret that once again counter-terrorism legislation is being used in Egypt to target human rights defenders with the purpose of quashing their advocacy and suppressing any expression of dissent.”

The experts also raised serious concerns about Mr. Kamel’s treatment after special forces officers broke into his home at 01.45 on 23 November, without an arrest warrant, confiscated personal documents, a laptop, camera and mobile phone, and took him to an unknown location. He was allegedly beaten to coerce him into disclosing the passwords for his electronic devices, deprived of asthma and blood pressure medication, and not able to contact his family or lawyers until the following day.

“If these allegations are true, they would constitute not only violations of Mr Kamel’s right to health, liberty and privacy, but also acts of torture. The treatment that he is being subjected to cannot be justified under any circumstance,” said the experts.

“We urge the authorities to comply with their obligations under international law to provide effective remedies to victims. Egypt must immediately free Mr. Kamel, lift all charges against him, and conduct effective investigations to ensure that those responsible for the violations, including any act of torture, or other cruel, inhuman or degrading treatment or punishment, are prosecuted and punished.”

Since September 2019, more than 3,000 people have been arbitrarily arrested in nationwide crackdowns, including academics, lawyers, media representatives and prominent opposition leaders. Torture in detention continues to be reported, and peaceful critics of the Government are widely prosecuted under security and counter-terrorism laws.

The experts have been in contact with the Government of Egypt to clarify the issues in question. 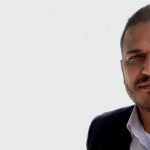 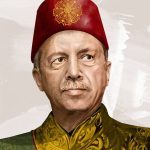