Copts are the indigenous Christians of  Egypt dating back to when St. Mark brought the Gospel to Egypt.  Those in power seek to silence their voices and ignore the constant church attacks and infringements of their civil liberties, such as being denied services due to their religious affiliation on their national ID cards.

But there is a rising movement of people around the world seeking to stand alongside these brave Christians. Through advocacy efforts which encourage our leaders to act on their behalf, to asking our neighbors to spread the word, we are starting to see more people care about Copts in Egypt.

But we have a long way to go until the world becomes aware of the persecution this group faces. Will you join with us in asking your US Representative to cosponsor  House Resolution 49?

This resolution calls on Egypt’s government to protect Copts by ending the culture of impunity for those who attack them and their properties, and to enact reforms for Copts to achieve equality and full religious freedom.

This will take less than 2 minutes and can change countless lives!

Thank you for standing with these persecuted people! 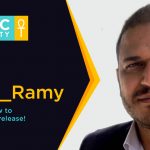 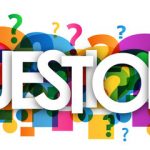 Updated: 44 Simple Questions to the Egyptian Authorities Regarding the Situation of the CoptsCS Releases & Articles