On November 15, 2019, two of the foremost representatives of Christianity and Islam, Pope Francis and Sheikh Ahmed al-Tayeb of Al Azhar—the latter was once named the “most influential Muslim in the world”—met and embraced each other again as brothers.

“During the[ir] cordial discussions,” the Vatican announced in a press release, the two religious leaders discussed “the goals of the Document on Human Fraternity.”  Moreover, “discussions were mainly focused on promoting interreligious dialogue and the values of tolerance and coexistence.”

Signed earlier this year, on February 4, by both Francis and al-Tayeb, this document—the name of which in full is A Document on Human Fraternity for World Peace and Living Together—“forcefully rejects,” to quote Vatican News, “any justification of violence undertaken in the name of God,” and affirms “respect for believers of different faiths, the condemnation of all discrimination, the need to protect all places of worship, and the right to religious liberty, as well as the recognition of the rights of women.”

Regrettably and despite all the fanfare surrounding this document—which has been and continues to be portrayed as a “historic pledge of fraternity” and a “historical breakthrough”—it is difficult to see it as anything more than for show.  After all, one of its signatories, Dr. Ahmed al-Tayeb, has repeatedly contradicted—if only when speaking in Arabic and appearing on Arabic media—all the lofty sentiments highlighted in the document that he signed.

Consider this Cairo Institute for Human Rights’ statement on al-Tayeb’s doublespeak from a few years ago:

In March 2016 before the German parliament, Sheikh al-Tayeb made unequivocally clear that religious freedom is guaranteed by the Koran, while in Cairo he makes the exact opposite claims….  Combating terrorism and radical religious ideologies will not be accomplished by directing at the West and its international institutions religious dialogues that are open, support international peace and respect freedoms and rights, while internally promoting ideas that contribute to the dissemination of violent extremism through the media and educational curricula of Al Azhar and the mosques [my own translation; more here; original Arabic here].

Such two-facedness has long typified al-Tayeb’s modus operandi.  For instance, the Document on Human Fraternity he signed asserts that, “Freedom is a right of every person: each individual enjoys the freedom of belief, thought, expression and action… [T]he fact that people are forced to adhere to a certain religion or culture must be rejected, as too the imposition of a cultural way of life that others do not accept.”

Al-Tayeb, however, is on record saying that apostates from should be punished.  As to the penalty they deserve, he reaffirmed that “Those learned in Islamic law [al-fuqaha] and the imams of the four schools of jurisprudence consider apostasy a crime and agree that the apostate must either renounce his apostasy or else be killed.”  To underscore the point, he cited a hadith, or tradition, of Islam’s prophet Muhammad, saying, “Whoever changes his Islamic religion, kill him.”

So much for religious freedom.

The Document on Human Fraternity also calls for “respect for believers of different faiths, the condemnation of all discrimination, the need to protect all places of worship, and the right to religious liberty.”  As several Muslim reformers in Egypt have insisted, however, the “unprecedented persecution” Egypt’s Christian minority, the Copts, experience, is directly traceable to the Islamic institution headed by al-Tayeb, Al Azhar.

For example, after two churches were bombed in Egypt, leaving 50 Christian worshippers dead, Dr. Islam al-Behery—a popular Muslim theologian whose incessant calls to reform Islam so irked Al Azhar that it accused him of “blaspheming” against Islam, leading to his imprisonment in 2015—was interviewed on the Egyptian television program (Amr Adib’s kul youm, or “Every Day”).  After offering various details concerning the radicalized curriculum of Al Azhar, he estimated that “70-80 percent of all terror in the last five years [in Egypt] is a product of Al Azhar.”

According to a standard Al Azhar text that that al-Behery quoted from,  “whoever kills an infidel [or kaffir, a non-Muslim] his blood is safeguarded, for the blood of an infidel and believer [a Muslim] are not equal.”  Whereas al-Tayeb’s predecessor, Egypt’s former grand imam, Sheikh Muhammad Sayyid Tantawi (d. 2010), had “without even being asked removed all the old books and placed just one introductory book, when al-Tayeb came,” said al-Behery, “he got rid of that book and brought back all the old books, which are full of slaughter and bloodshed.”

Political commentator Dr. Khalid Montaser once marveled that, “at this sensitive time—when murderous terrorists rest on [Islamic] texts and understandings of takfir [accusing Muslims of apostasy], murder, slaughter, and beheading—Al Azhar magazine is offering free of charge a book whose latter half and every page — indeed every few lines—ends with ‘whoever disbelieves [non-Muslims] strike off his head’”?  So much for the “historic” Document on Human Fraternity al-Tayeb cosigned with Pope Francis, which says that “we resolutely declare that religions must never incite war, hateful attitudes, hostility and extremism, nor must they incite violence or the shedding of blood.”

Many other commentators in Egypt have noted how, despite Al Azhar’s draconian attitude concerning “infidels” and “apostates,” when asked to denounce the Islamic State as “un-Islamic,” al-Tayeb had refused: “It’s amazing,” opined Egyptian talk show host Ibrahim Eissa: “Al Azhar insists ISIS are Muslims and refuses to denounce them.  Yet Al Azhar never ceases to shoot out statements accusing novelists, writers, thinkers—anyone who says anything that contradicts their views—of lapsing into a state of infidelity.  But not when it comes to ISIS!”

During another televised interview, Dr. Muhammad Abdullah Nasr, a scholar of Islamic law and Al Azhar graduate, went one step further in exposing his alma mater:

It [Al Azhar] can’t [condemn the Islamic State as un-Islamic].  The Islamic State is a byproduct of Al Azhar’s programs.  So can Al Azhar denounce itself as un-Islamic?  Al Azhar says there must be a caliphate and that it is an obligation for the Muslim world [to establish it].  Al Azhar teaches the law of apostasy and killing the apostate.  Al Azhar is hostile towards religious minorities, and teaches things like not building churches, etc.  Al Azhar upholds the institution of jizya [extortion, “protection money” demanded of non-Muslims subjects].  Al Azhar teaches stoning people.  So can Al Azhar denounce itself as un-Islamic?

When the world was shocked because the Islamic State videotaped a Jordanian pilot being burned alive in 2015, Egyptian journalist Yusuf al-Husayni remarked that “The Islamic State is only doing what Al Azhar teaches.”  He too went on to quote and cite from textbooks used in Al Azhar that permit burning people alive.

Al-Tayeb’s response to all these critics has been to accuse Israel.  During a March 2018 televised Egyptian interview he said:

I have noticed that they are always telling us that terrorism is Islamic. All those mouthpieces that croak—out of ignorance or because they were told to—that the Al-Azhar curricula are the cause of terrorism never talk about Israel, about Israel’s prisons, about the genocides perpetrated by the Zionist entity state….  If not for the abuse of the region by means of the Zionist entity, there would never have been any problem.

Such is the true face of Sheikh Ahmed al-Tayeb—at least as he is known in his Egyptian homeland, where he speaks Arabic freely and plainly, as opposed to when “dialoguing” with naïve Western leaders who are all too eager to believe what they want to hear.

Accordingly, al-Tayeb’s signature on “A Document on Human Fraternity for World Peace and Living Together” does not seem to be worth much—certainly not the fanfare surrounding it.  But matters are worse than that: for if Dr. al-Tayeb is a wolf dressed in sheep’s clothing, Pope Francis is apparently a starry-eyed shepherd leading—or at least leaving—his flock to the slaughter.  It’s past high time he stopped playing the role of “harmless dove” and became as “wise as a serpent”—if only for the sake of the millions of Christians being persecuted under Islam.

The Two-Faced Muslim that Pope Francis Loves and Trusts 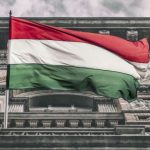 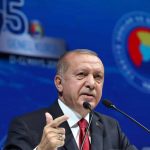